"Tweed" is much more than that yellowish covering you see on vintage amps and guitar cases. The term has come to define a Golden Era of vintage amplification—particularly when it comes to Fender amps. Well before Leo Fender was busy constructing his influential solid-body electric and bass guitars, he spent his time building amplifiers and homemade P.A. systems in his Fullerton, Calif., repair shop.

The first of the now-iconic Fender"Tweed"Amps came about in 1948 with the introduction of the Champion 600 and 800. These particular amplifiers sported a lighter tan covering than the bright yellow color of later amps. Known as"TVFront" amps, they premeditated the hugely successful Fender Champ(whichthe Champion would eventually be renamed). 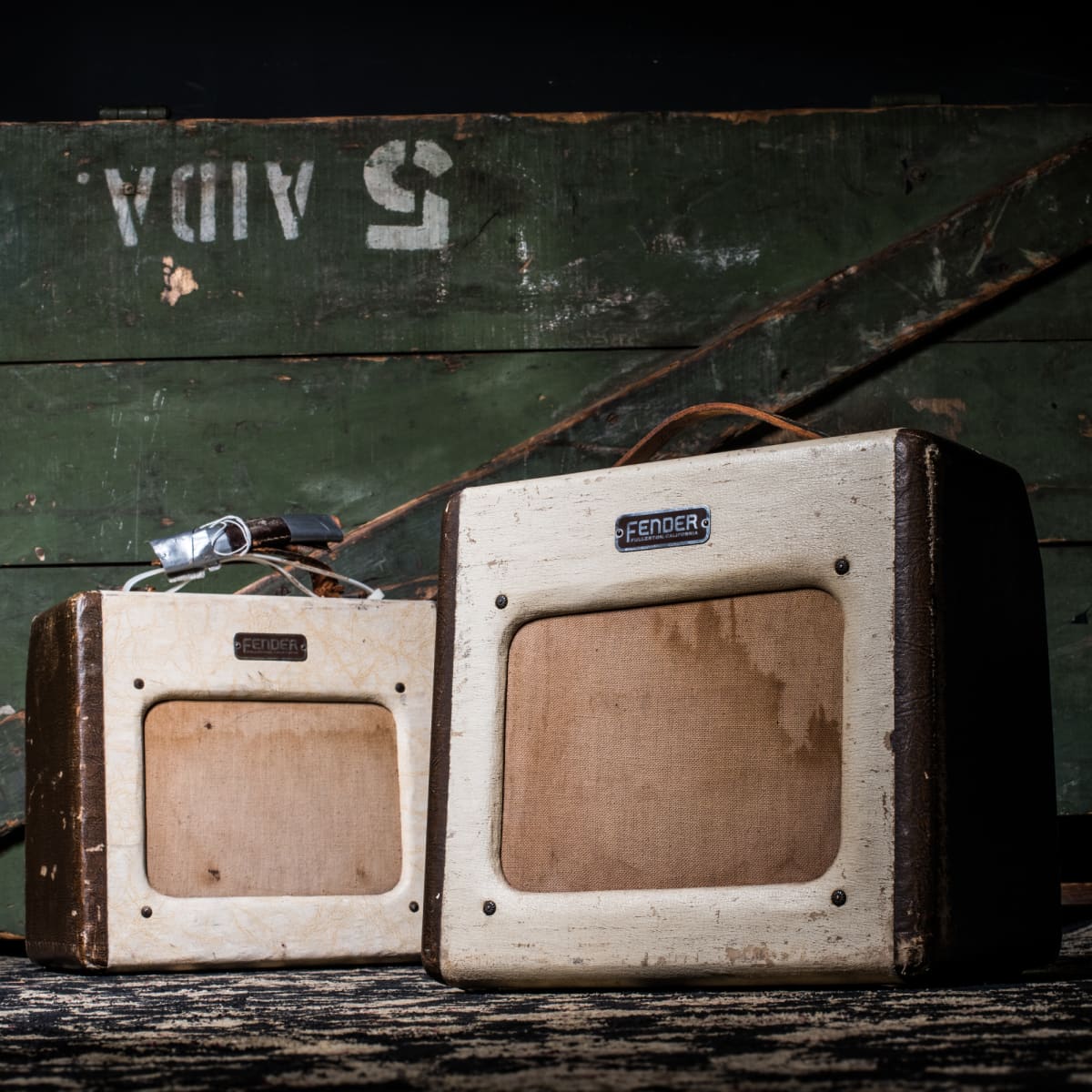 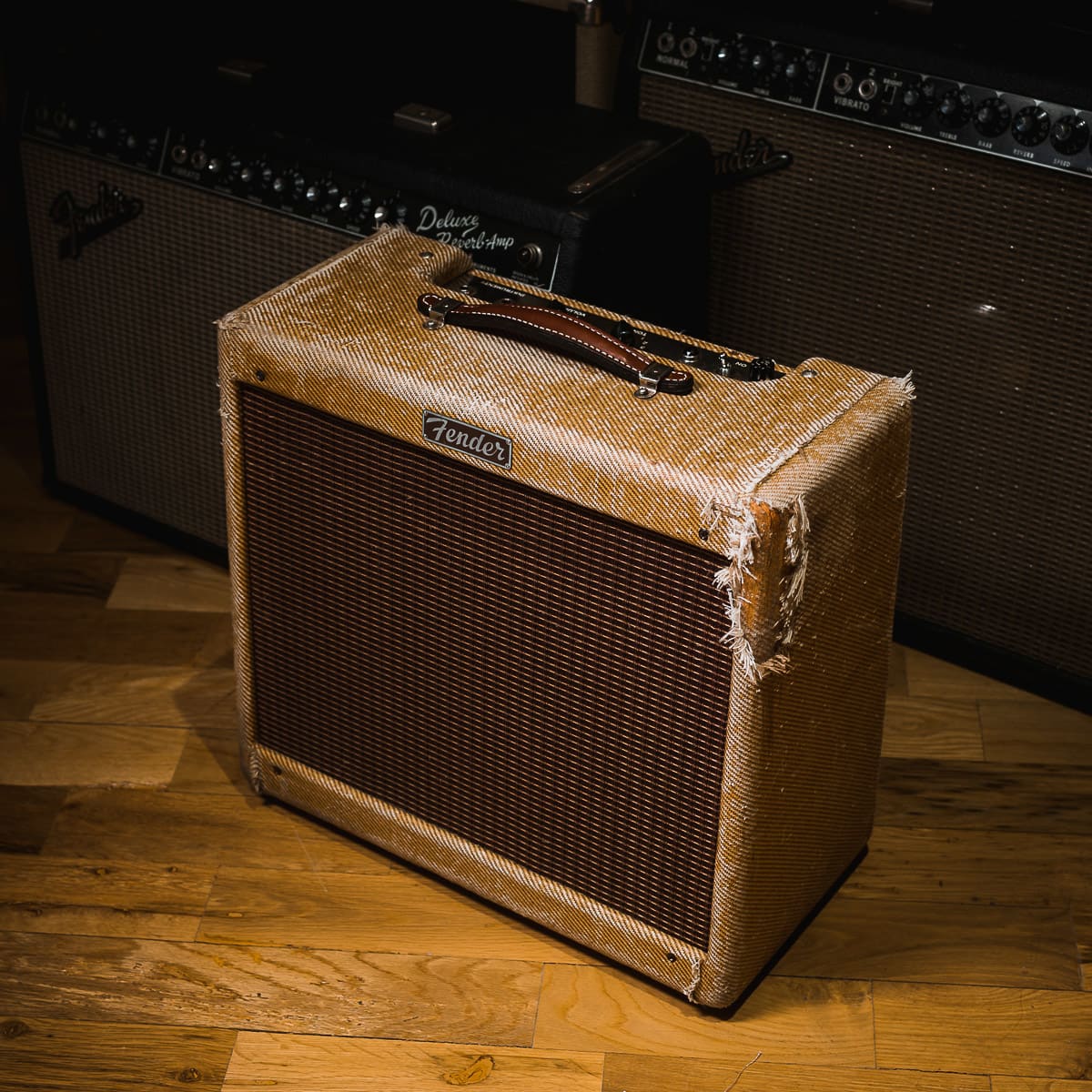 In the early to mid’50s,Fender segued into producing larger-size amps with significantly wider grills(regardnow as"WidePanel Design"). The rounded grill of the TV Front era became slightly more square, and from this design transition a slough of new amp circuits came to life—among these were the introductions of the Bassman, Twin, Deluxe, Pro, and Supercircuits. From this, Fender's amp offering would also expand to include a variety of speaker configurations, such as the 1x15" Bassman and Bandmaster, 1x12" Deluxe, and the highly sought-after 2x12" Twin Amp.

Capitalizing on the popularity of the Wide Panel era, the"NarrowPanel" amp came to fruition 1955, and the outward design of Fender amps shifted once again. Notable amps from this time include the new 4x10" version of the Bassman, the 1x10" Vibrolux, and the elusive 3x10" version of the Bandmaster combo amp—a rare(andexpensive) find these days. These amps became the standard for rock'n'roll because of their natural"break-up"—anability to create warm, natural overdrive simply by cranking the volume. 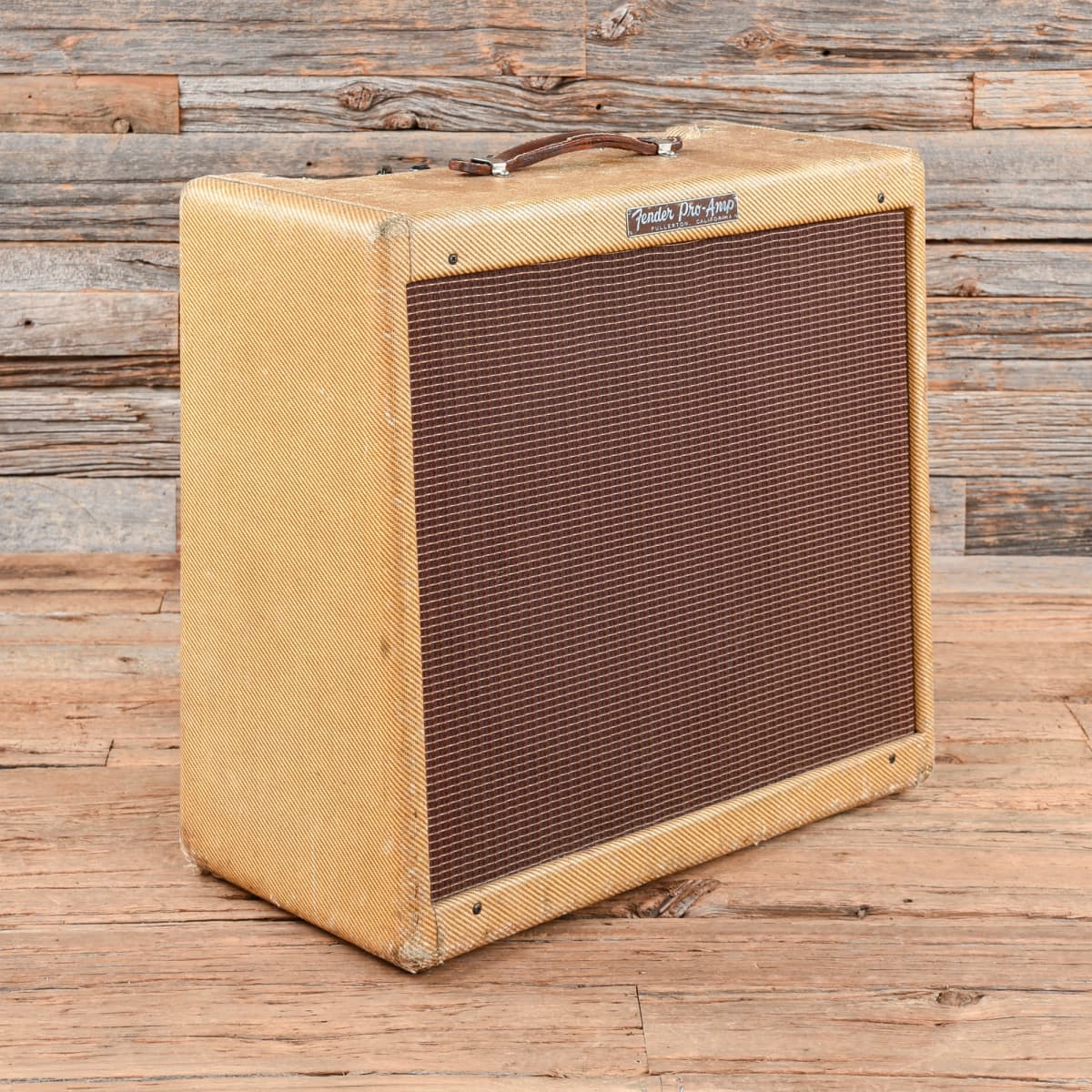 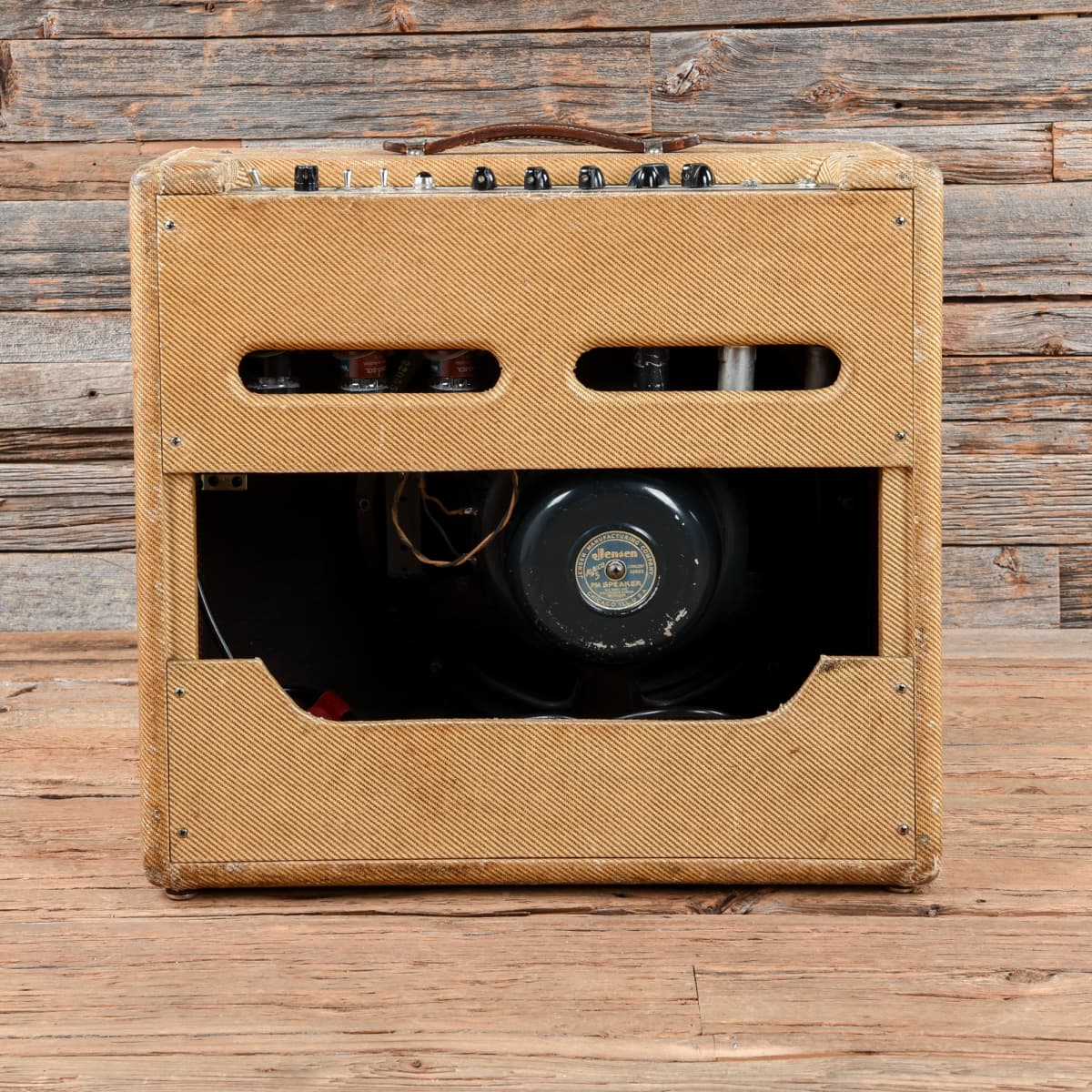 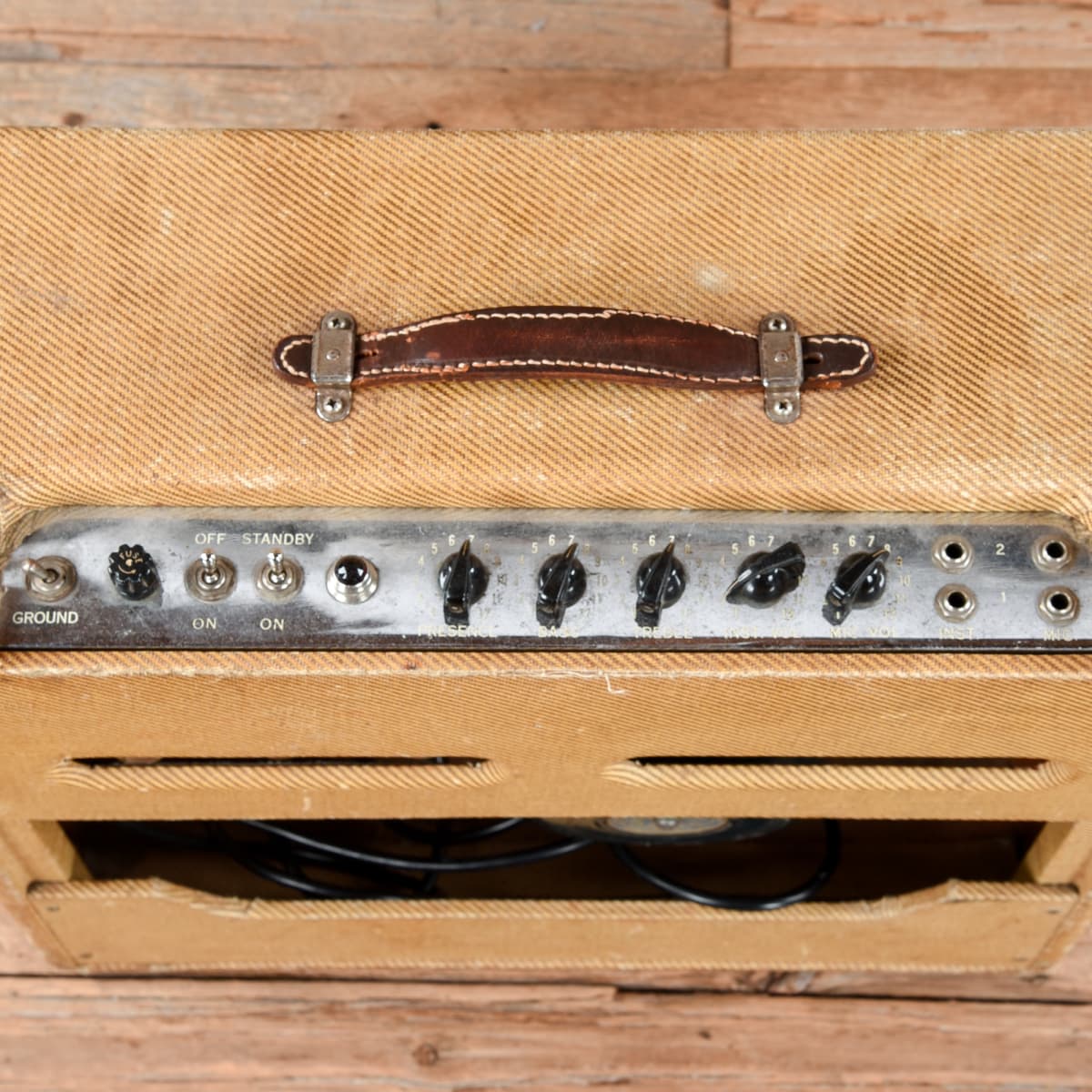 Each and every tweed circuit had its own character that, when cranked, gave just the right amount of snarly, raw, tube overdrive making these amps a joy to play. Notable players across various musical styles—rock, jazz, blues, and even country—came to rely on Fender amps for their tone and craftsmanship, helping cement their legacy for years to come.

Vintage tweed tone without the vintage price tag. Modern-day reissues bring the tweed era back to life and are a great option for when you're on a budget!

No amp captures the classic tone and vintage vibe of late’50s tweed amps like Victoria does. Handcrafted in Chicago, Victoria amps bring the sounds of Golden Era Fender amps back into the modern era. These faithful reproductions pay loving tribute to their predecessors.

Our exclusive Tone King Imperial MK II keeps the classically cool looks of a Fender Tweed amp, but expands upon the tweed circuit by offering two unique voicings, on-board spring reverb and analog tremolo, and a power attenuator for a truly versatile combo amp that thrives on-stage, in the studio, or at home.

For Tweed tone in a tiny package, look no further than the Tomahawk Deluxe Drive by Greer Amps. With up to 18 volts of headroom, throw this little blue (or gray) box in front of any amplifier to get a touch of tweed without having to haul out your 4x12 Bassman.