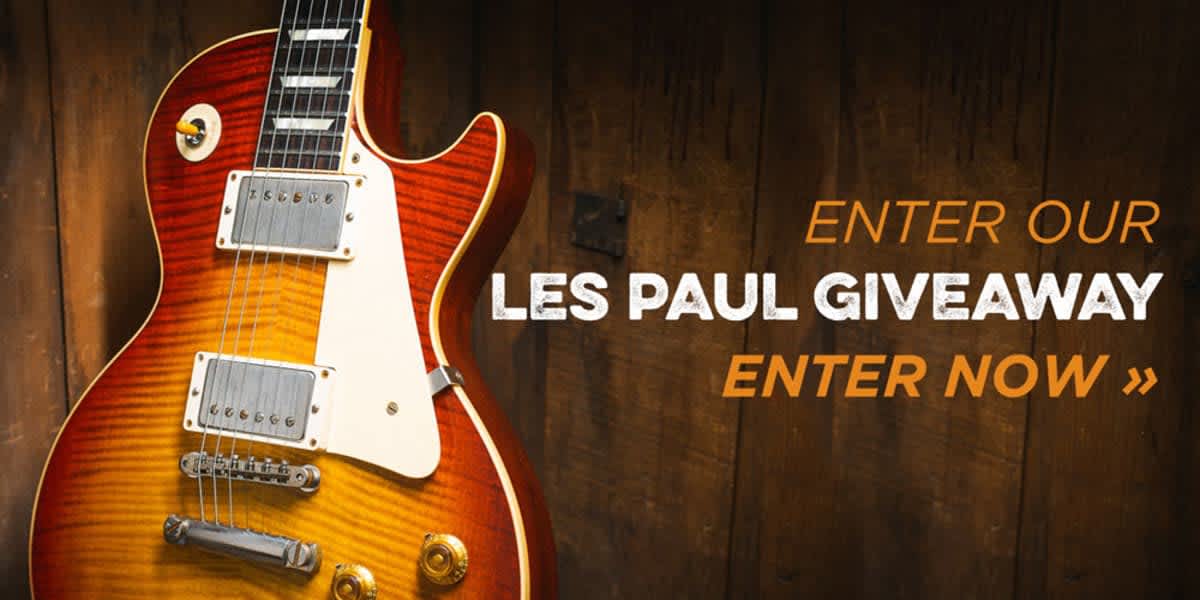 The Bursts are Back in Town

Right now, at this very moment, we have three authentic Bursts. We thought we'd take the time to tell you about them, and just what makes these beautiful guitars so important. To celebrate the occasion we're giving away a Gibson Custom Shop 60th Anniversary beauty! Check out the demo and enter to win below! 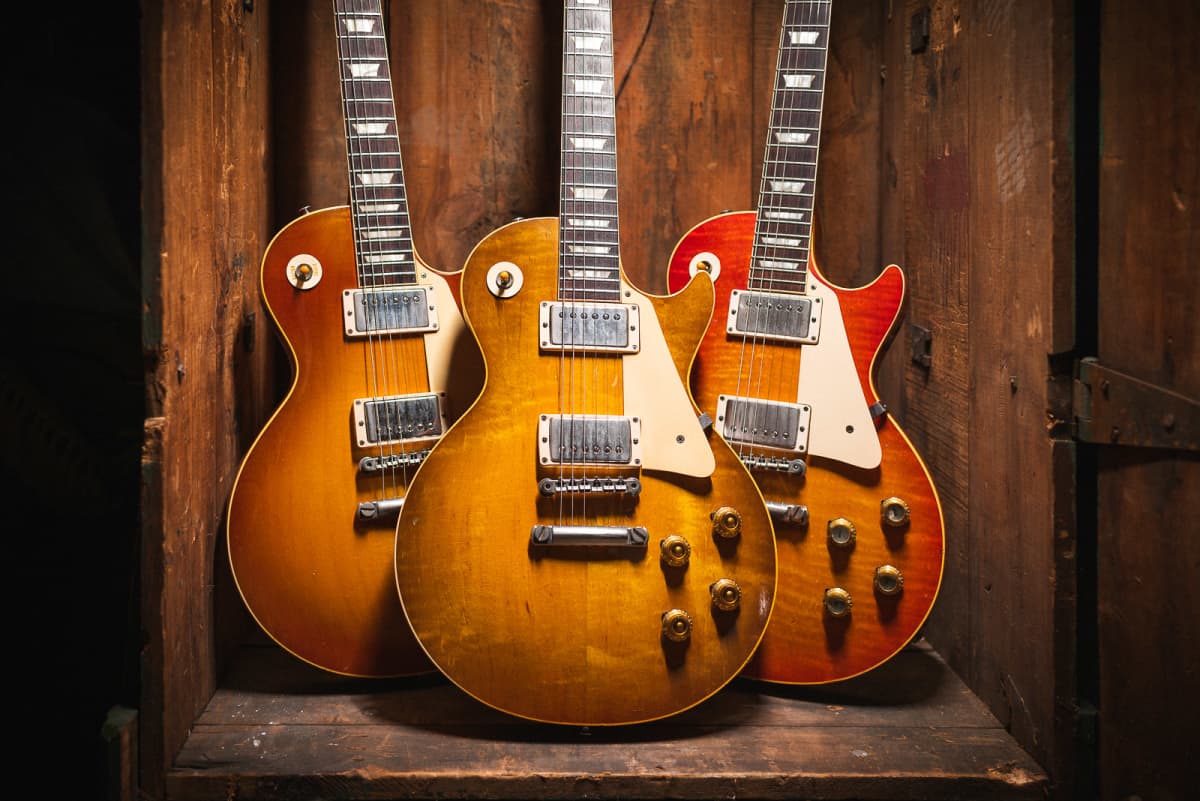 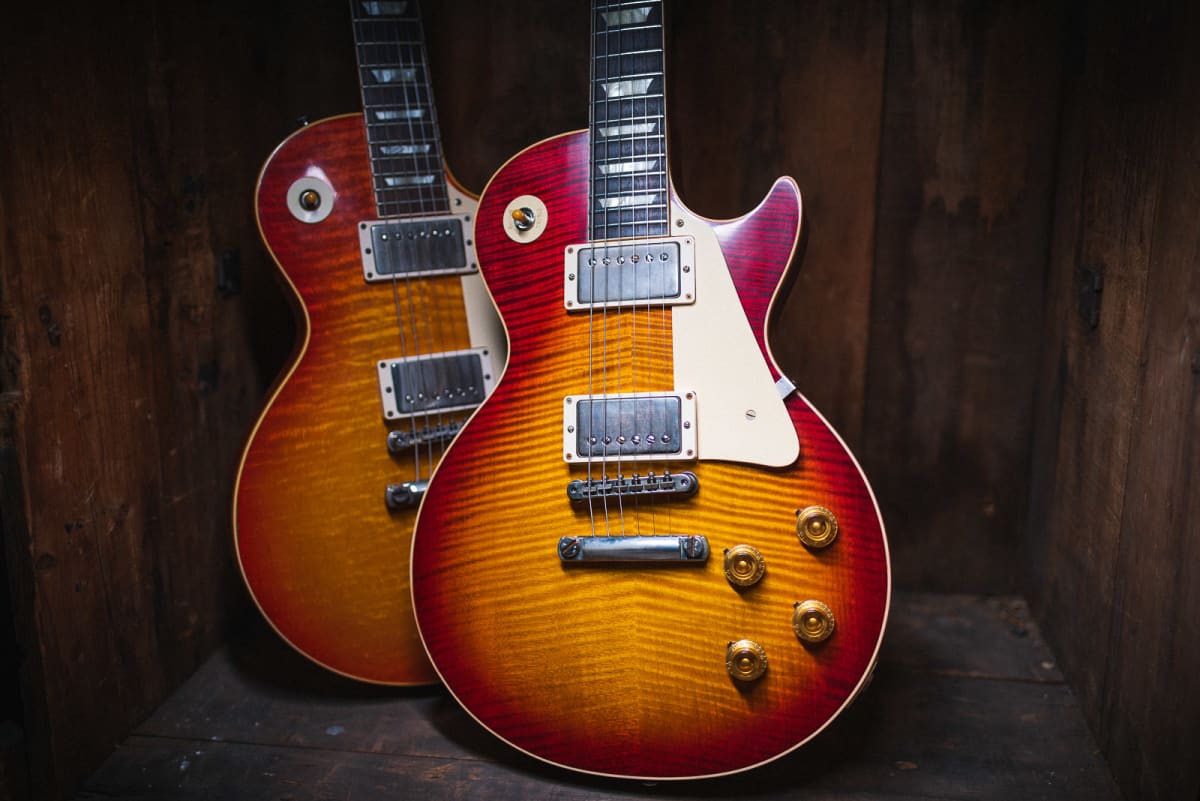 CLICK YOUR FAVORITE BURST BELOW TO LEARN MORE. CALL 1-773-525-7773 TO SPEAK WITH A CHICAGO MUSIC EXCHANGE LES PAUL EXPERT. 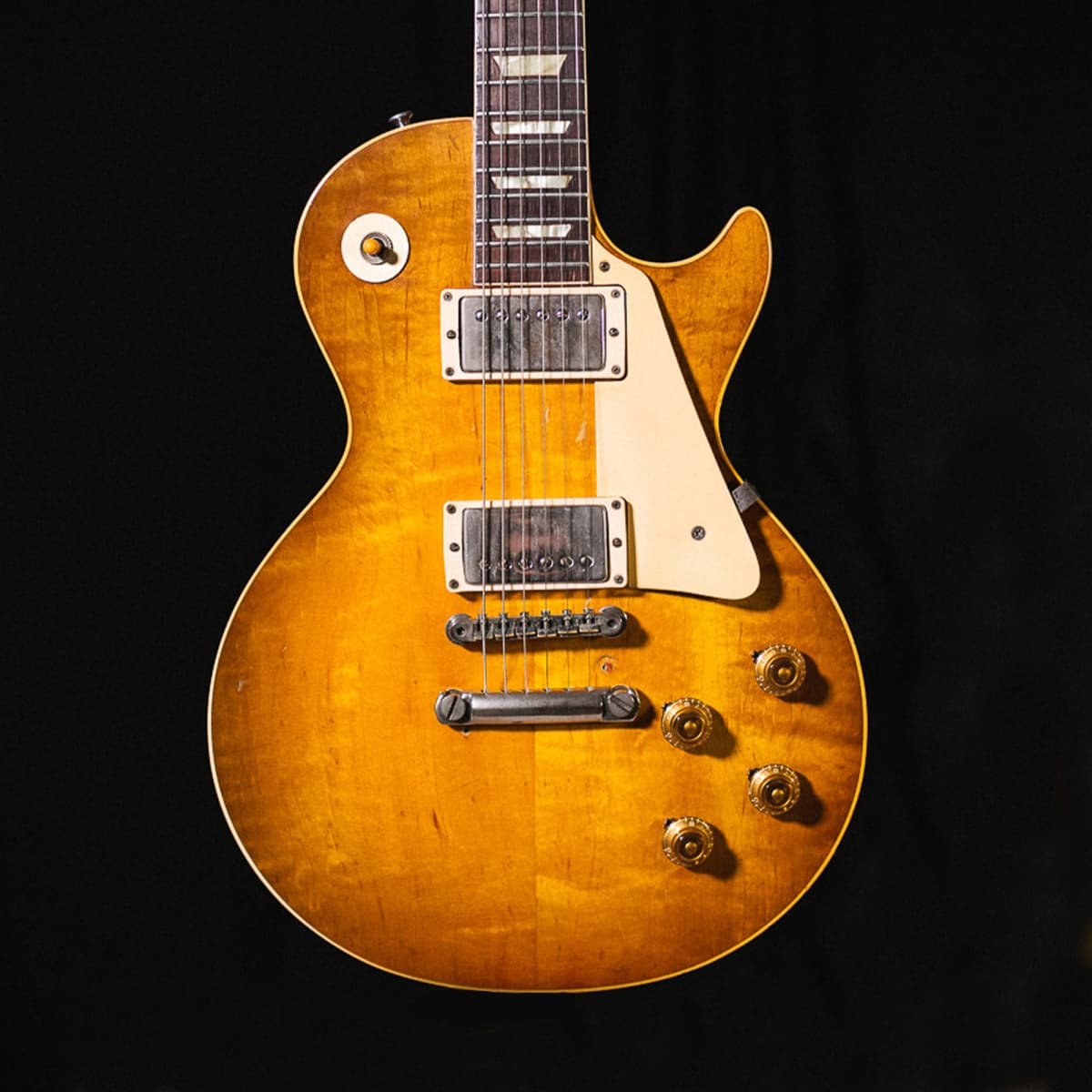 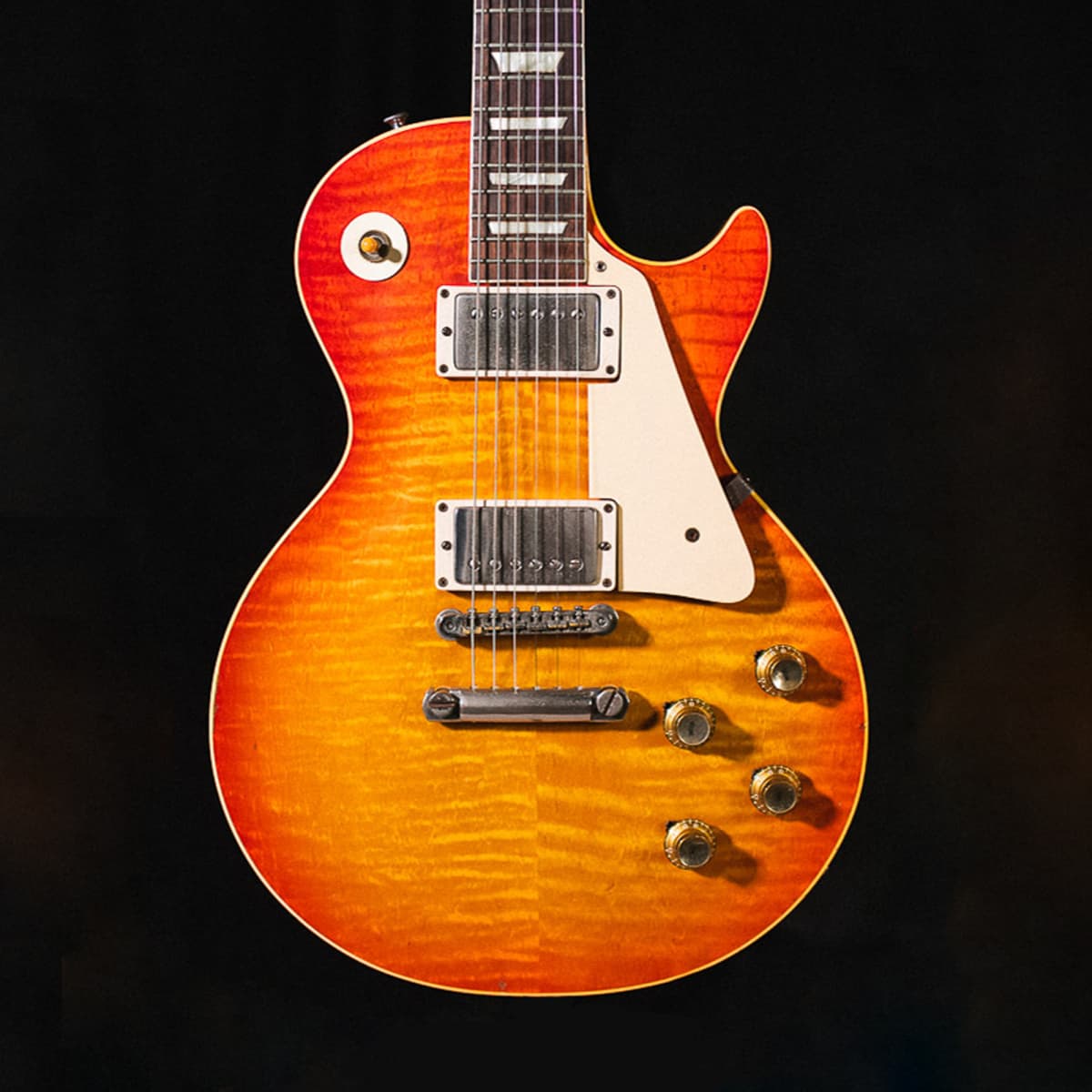 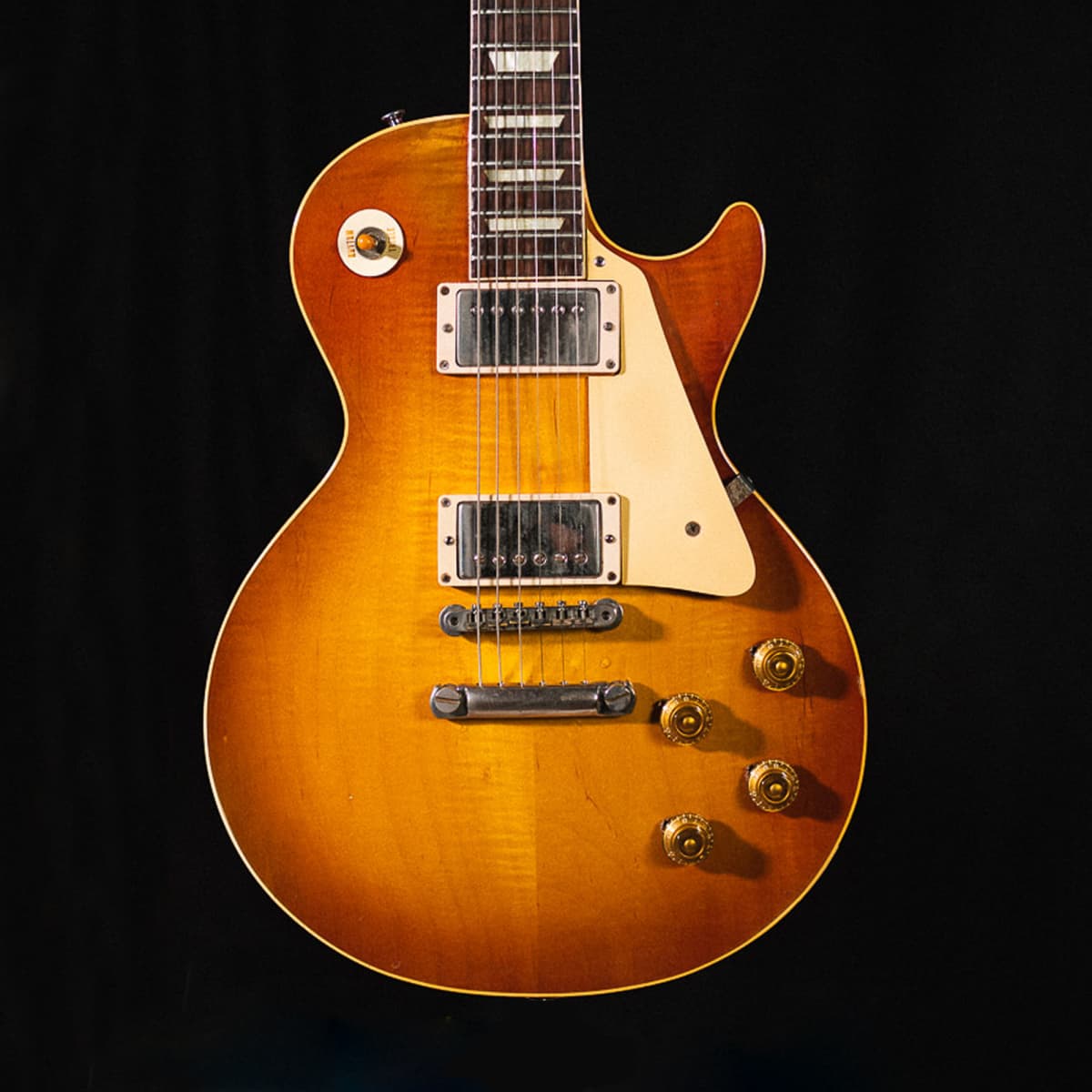 Designed to "buck the hum" of the P90 single-coils Gibson installed on all Les Pauls until this point, Seth Lover's "PAF" humbucking pickups ditched the noise altogether, contributing a signature, high-output tone that is generally agreed to be the essence of the Les Paul sound.

Sadly, the Les Paul Standard didn't sell. Gibson discontinued the model as we know it in 1961, changing the body shape to what later became the SG.

By its reintroduction in 1968, the Les Paul Standard had already made its mark. From Zeppelin to Clapton, Bloomfield, and Beano, The Burst is inseparable from rock and roll and an invaluable part of our cultural history. To celebrate having not one, but three genuine Bursts under our roof, the Chicago Music Exchange will be giving away a 60th Anniversary Gibson Les Paul, built to commemorate its impact on western music–and the world.

The Gibson Custom Shop 1959 60th Anniversary Les Paul Standard is the most painstakingly-accurrate reproduction of an original 1959 Les Paul Standard to date. From laser-scanned dimensions to chemically-recreated plastics, to color-matched shades of Sunburst, these new models represent the apex of the vintage Les Paul ownership experience, and will look great and sound even better for decades to come. 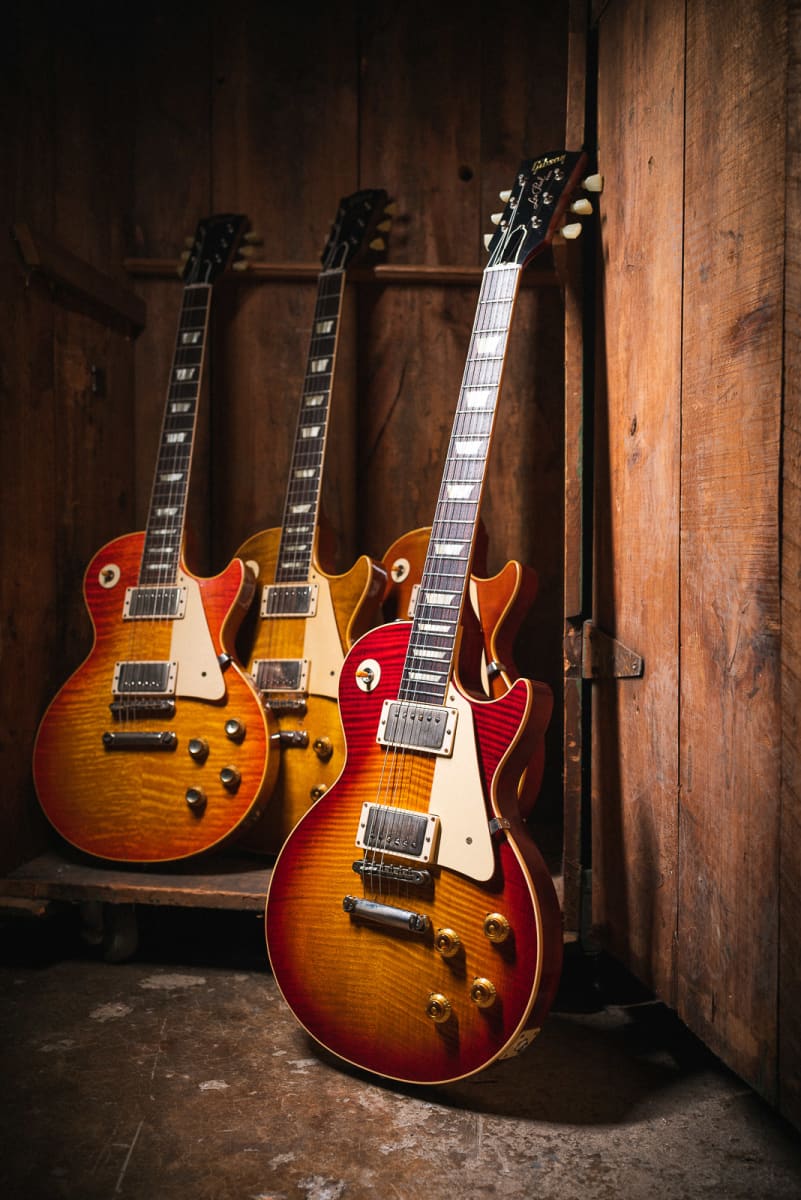 Our CME Exclusive Les Pauls are constructed in collaboration with the Gibson Custom Shop, these period-correct reissues of some of the most famous early models offer players the chance to own what is essentially a real ‘58, ‘59, and ‘60 down to the nut, but without its nearly insurmountable price tag