Introduced in 1954 as a way for guitars to appear white on black & white television screens without blowing out under highly reflective studio lights, Gibson brought "TV Yellow" into the spotlight...literally...and it has been a fan favorite ever since. Originally hailed as "Limed Mahogany" in Gibson catalogues, this classic finish was also allegedly renamed after TV sets themselves, as this yellowish hue of otherwise dark mahogany wood was commonplace on midcentury furniture.

Our Worn TV Yellow finishes on our exclusive Les Paul Juniors and Specials are reminiscient of the finishes innagural year of 1955, and is a bit more transparent than later iterations of TV Yellow, showing more of the gorgeous wood grain from the Mahogany body underneath, and are paired with a tortoise shell pickguard, giving these guitars a more vintage feel, yet upscale feel at the same affordable price. 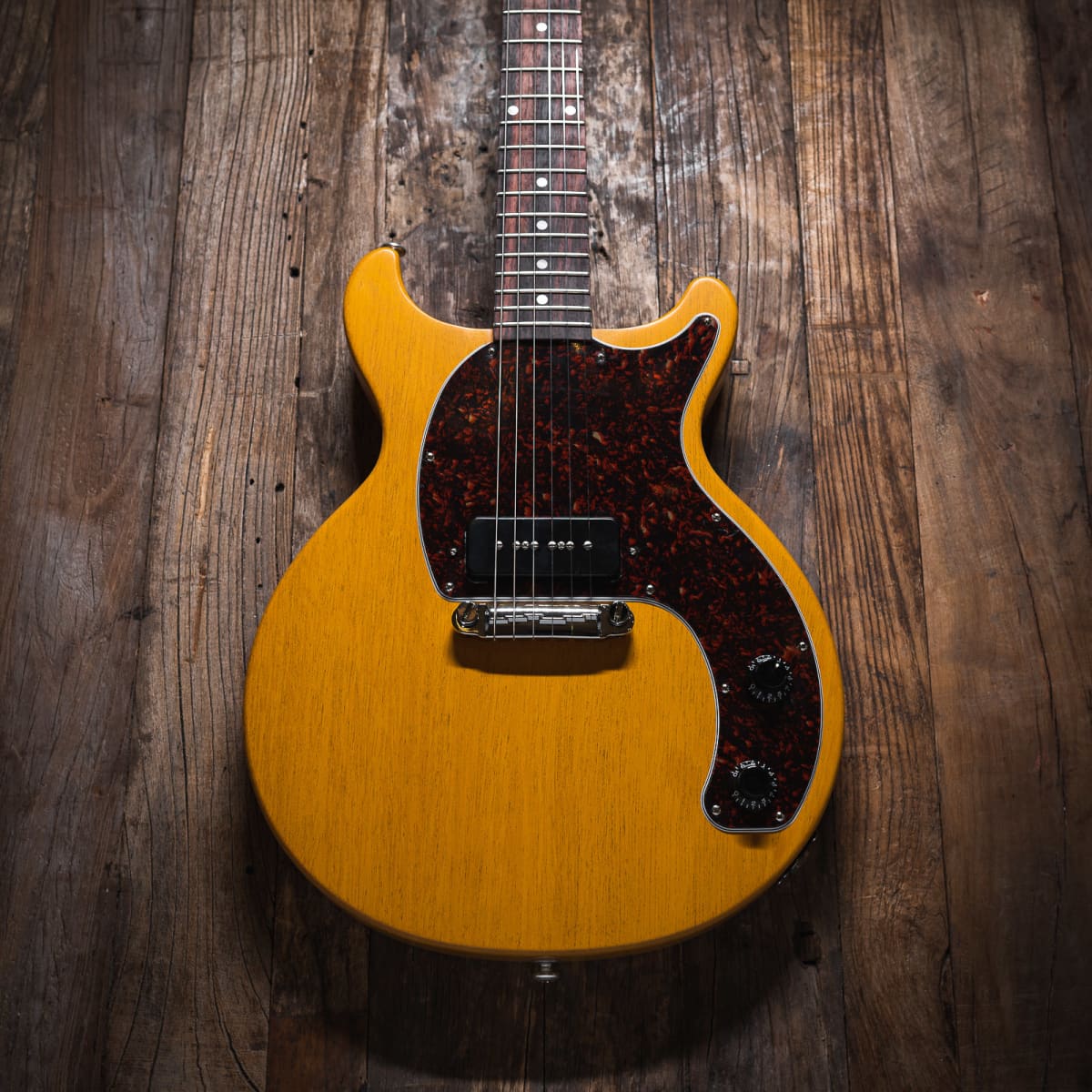 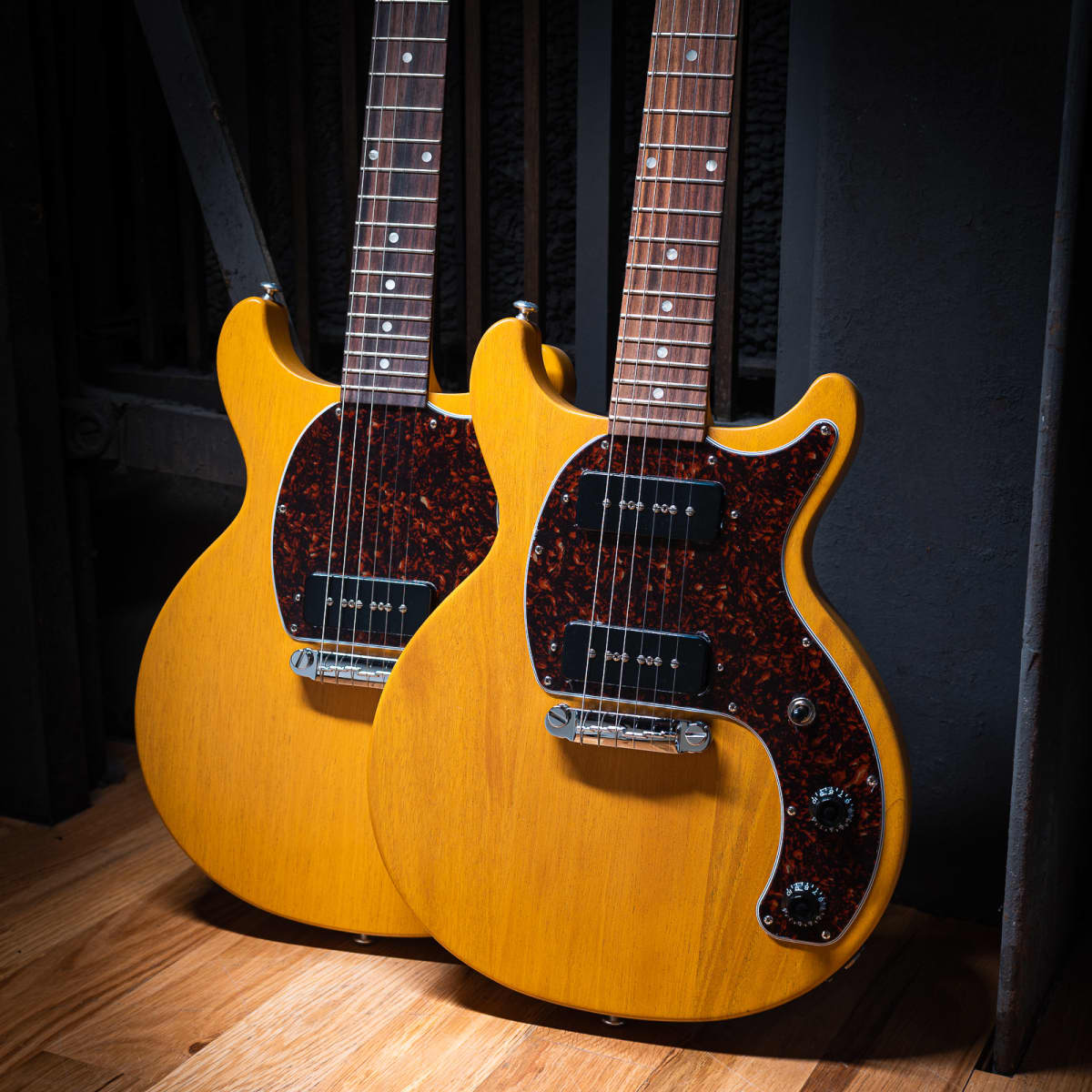 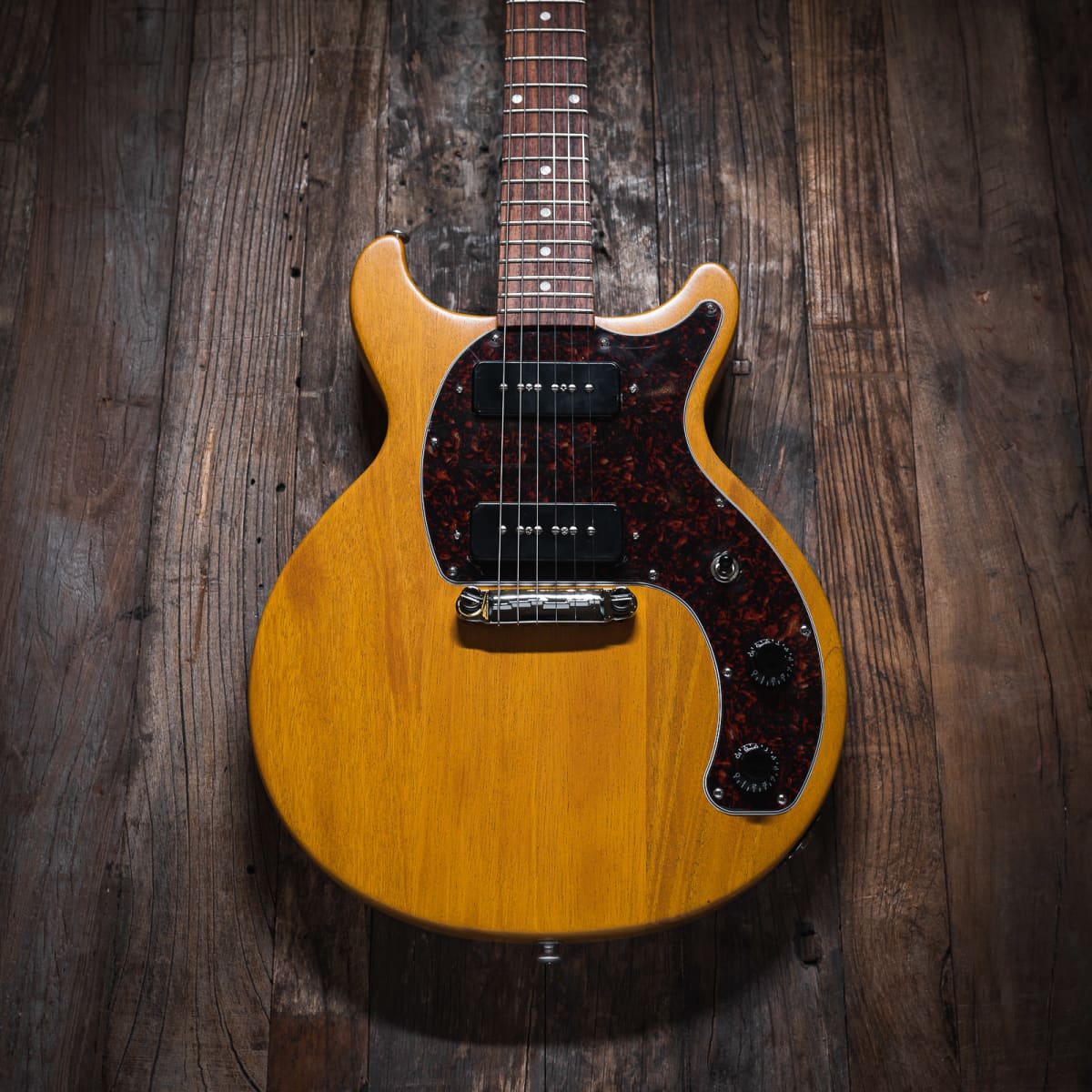 The Les Paul Junior and Special are even more spartan versions of Gibsons first iconic solid-boy guitar model. Originally intended to be a more affordable, accessible alternative to Gibsons expertly-crafted, carved maple topped Les Paul guitar, the Junior and Special are excellent examples of Gibsons "simple done well" mantra. Featuring solid mahogany bodies, and either one or two "dog-eared" P-90 pickups, the Les Paul Junior and Special models found their own niche of players looking for light-weight, rugged guitars that are built to last in typical Gibson quality, but don't feel like family heirlooms like a Goldtop Les Paul or ES model might.

The Doublecut was first debuted in 1958 as the Les Paul Junior Doublecut, and was one of the least expensive guitars Gibson offered at the time. Originally intended as Gibsons "student" model, the original Les Paul Junior sold for only $49.50, or roughly $435 in 2019. Our Doublecut Junior and Special models pay homage to the originals with the same classic Gibson quality of manufacturing; with premium tone woods, solid, wraparound bridge, and P-90 single coil  pickup(s). Paired with Tortoise shell pickguards and exclusive finishes like Worn TV Yellow and Worn White, an exclusive Les Paul Doublecut Junior or Special makes for the perfect entry-point into the world of Gibson guitars, or another addition to a growing Gibson collection. 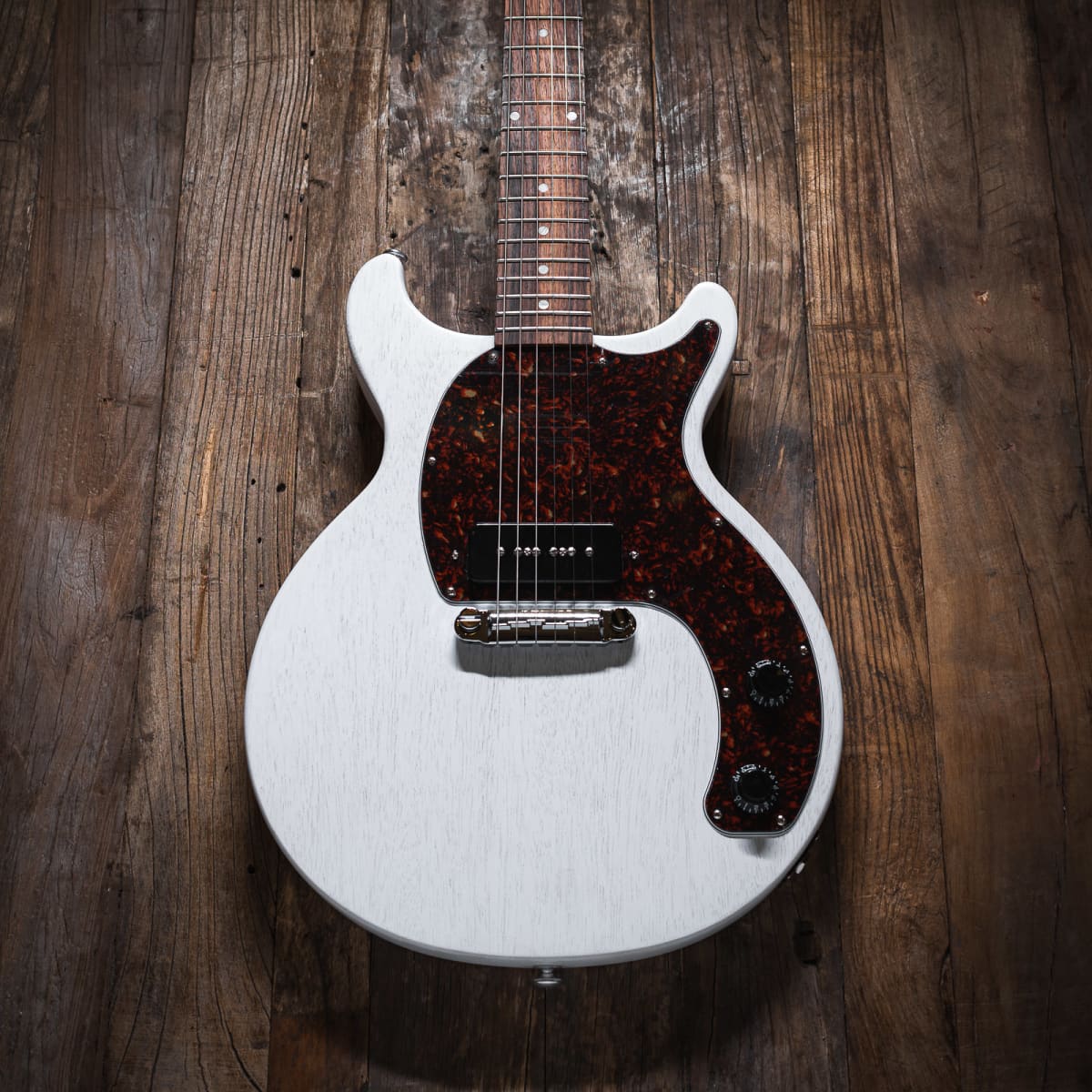 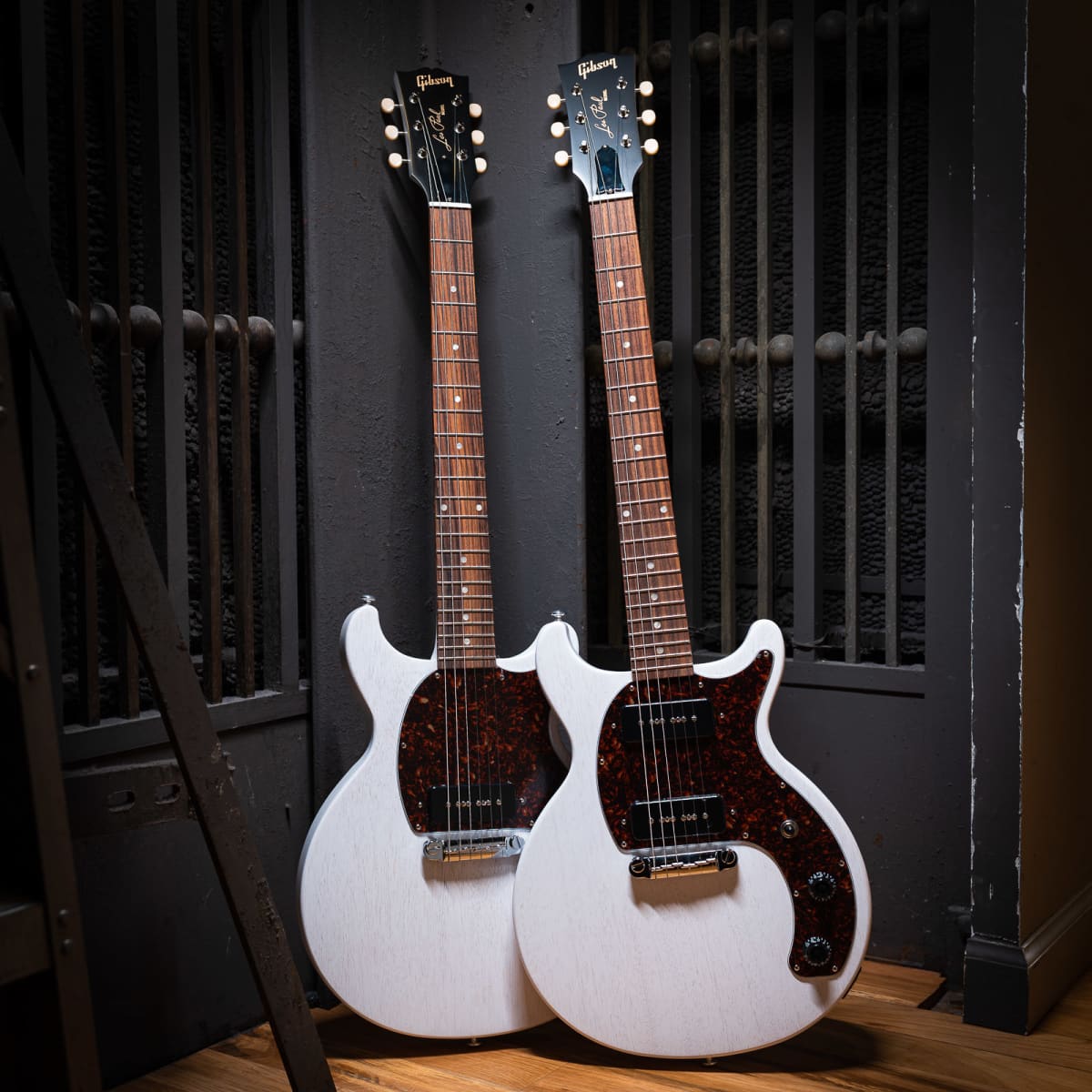 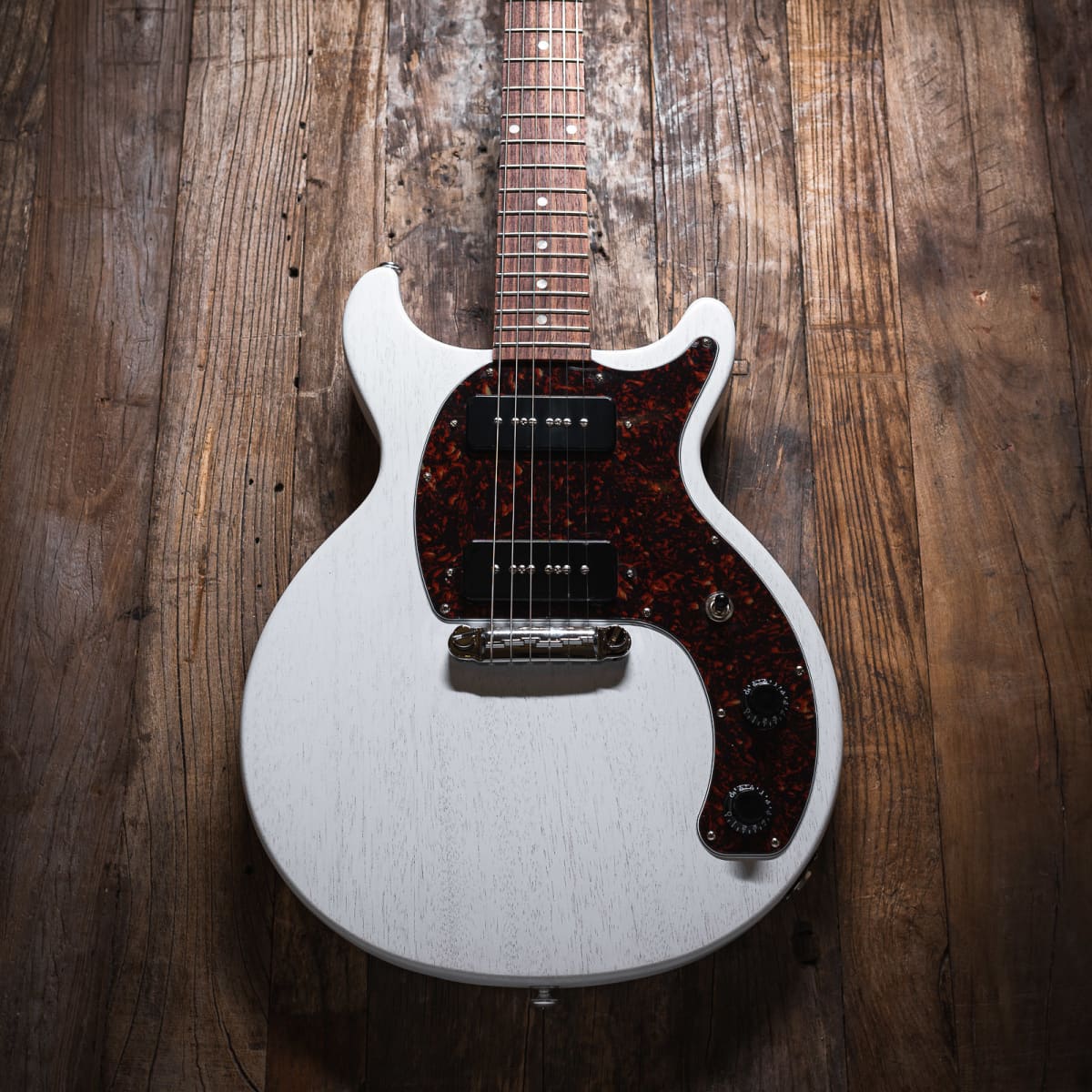 The Les Paul Junior Tribute DC Bass is a tribute to the historic Gibson EB-0 bass from the late 50's, but with modern features. Not just for smaller players, the short scale length is actually chosen by many for its strong fundamental tone and sits perfectly in a track when recording. The mahogany double cutaway body and maple neck with rosewood fingerboard balances perfectly when playing either sitting or strapped on. It's equipped with a single expanded range LP BassBucker pickup with single volume and tone controls for simplicity. The volume pot has a push-pull feature to coil tap the pickup scooping the mids for further tone shaping possibilities. 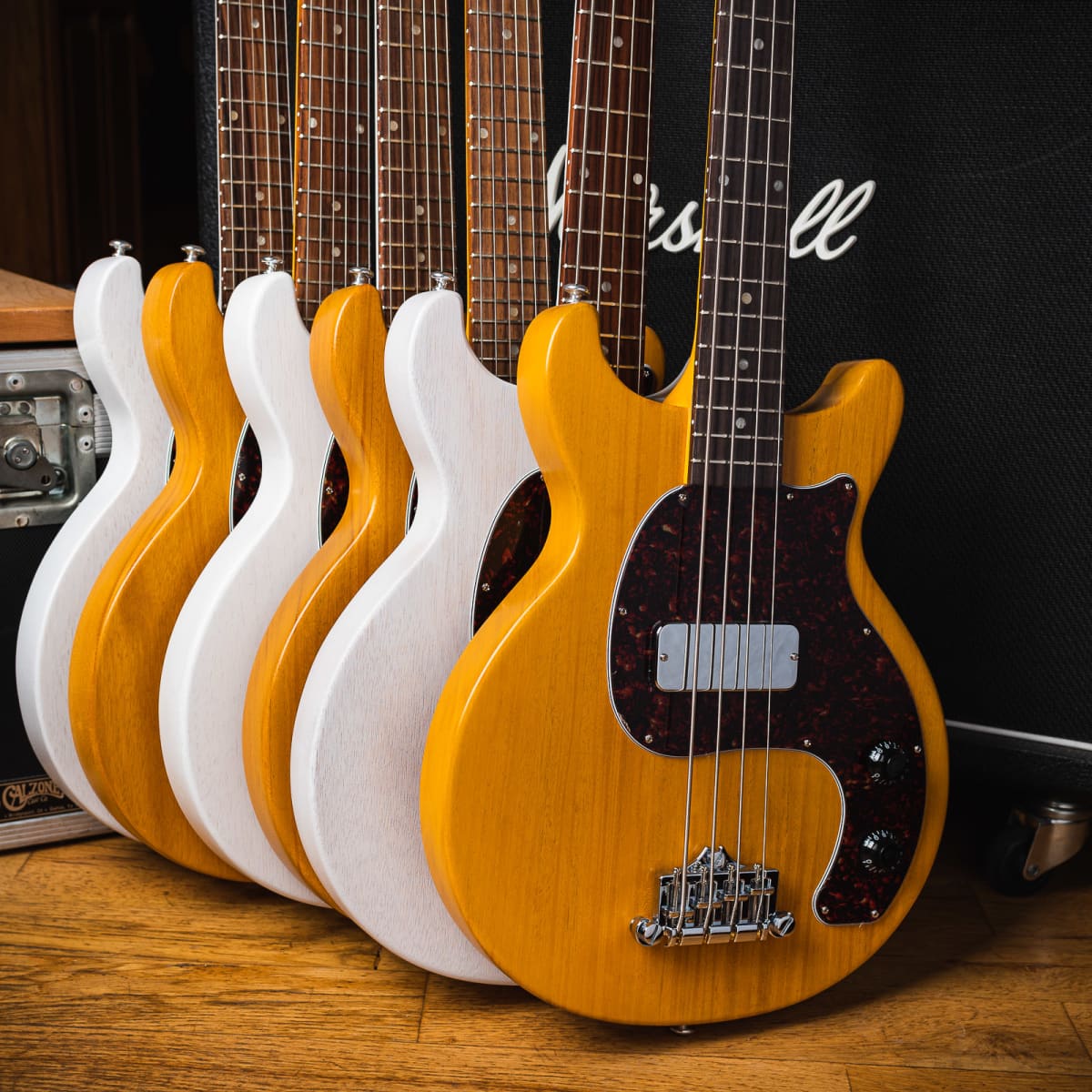 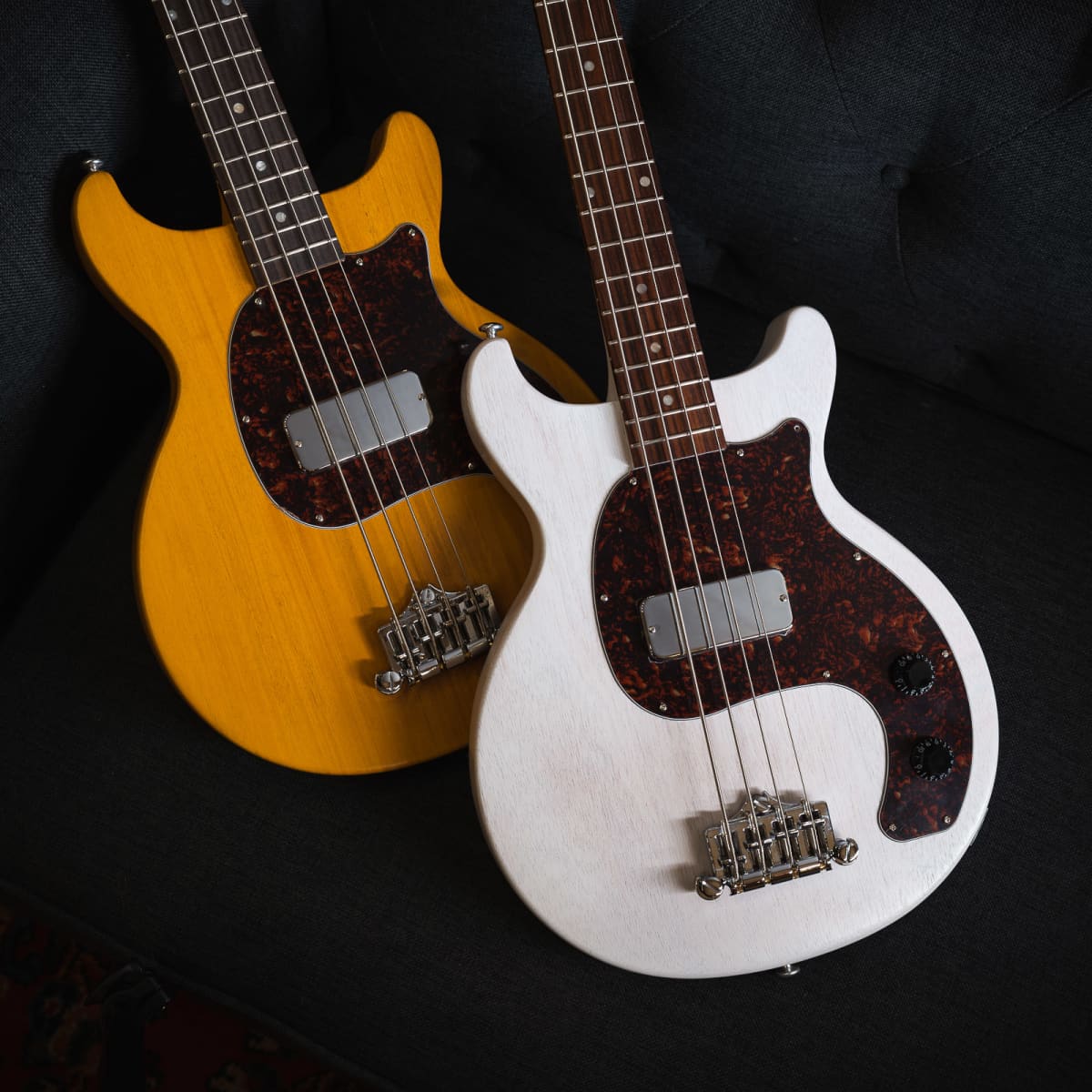 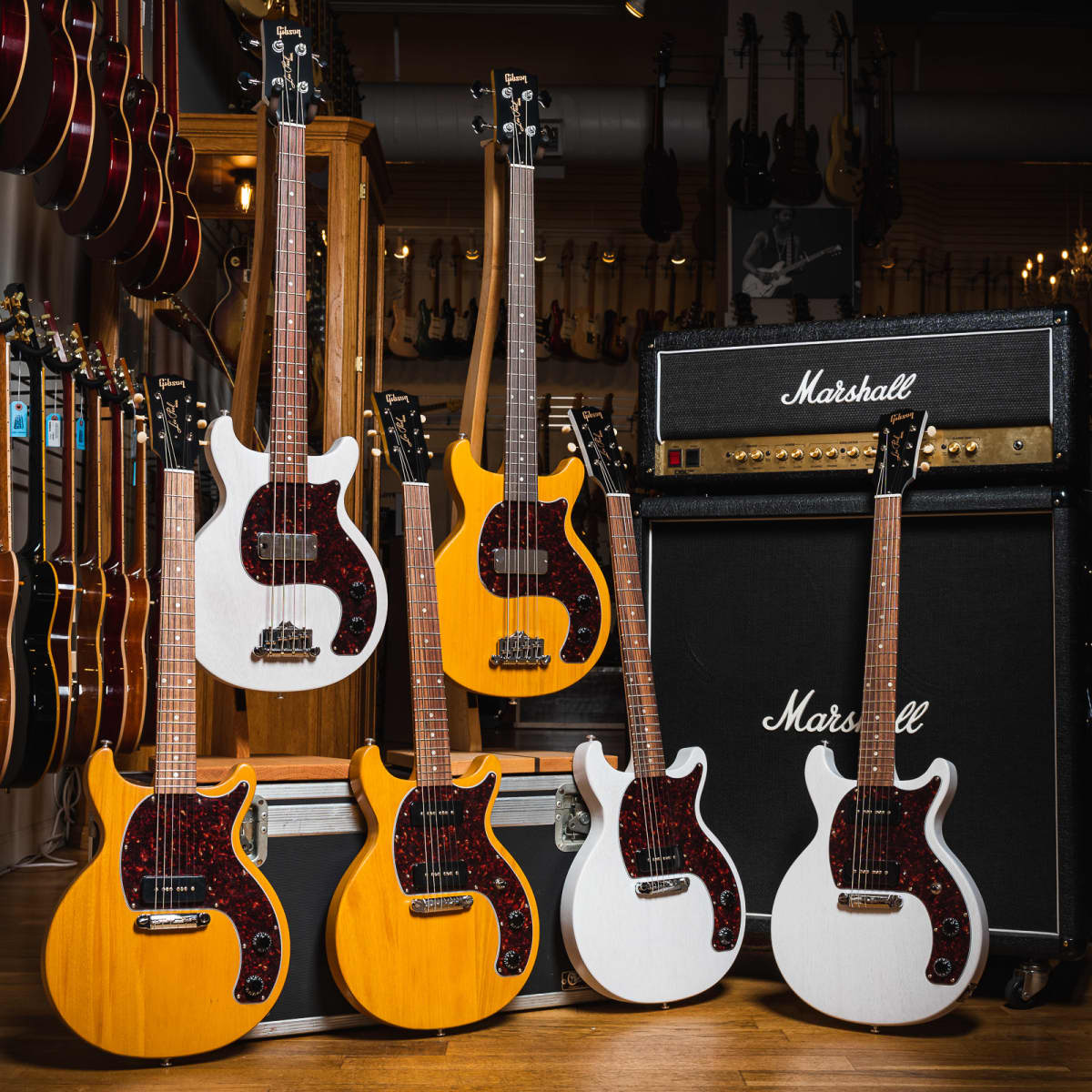