It’s an old fashioned Texas shootout! Karl and Josh face off with the brand new Epiphone USA Texan acoustic guitars. Straight out of not Texas, these beautiful Bozeman-made Epiphones are constructed from all solid woods, with LR Baggs VTC electronics, and hand-rolled, long-scale necks for increased volume and a substantial feel.

-Solid Mahogany back and sides 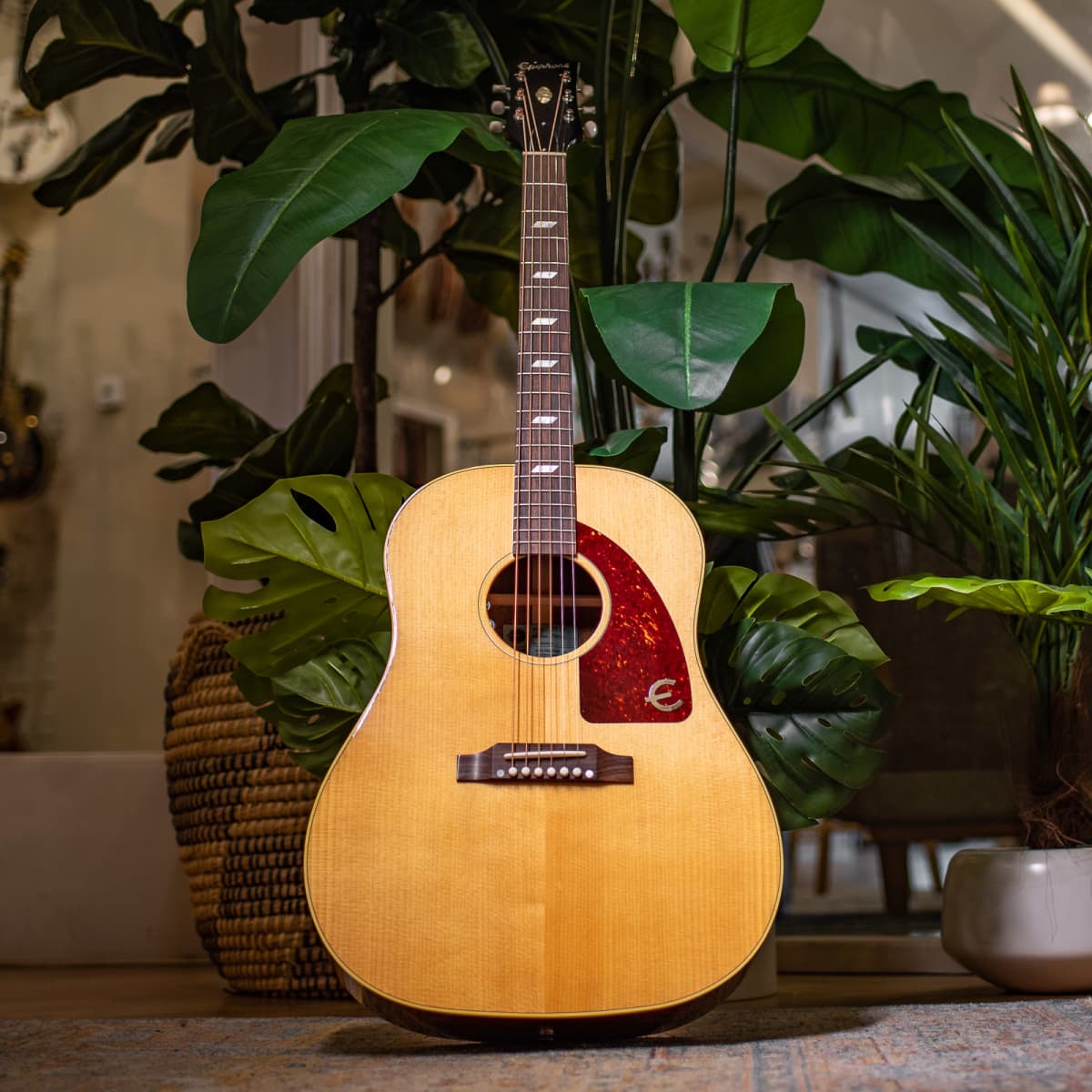 The brand new Epiphone Texan is straight out of Bozeman, Montana. Originally, the Epiphone Texan was made in Kalamazoo, Michigan, at the Gibson factory. It was very similar to the Gibson J-45, however, it has a 25.5" Scale length. Epiphone was actually one of Gibson's biggest rivals up until Gibson had purchased the company. They were better known for their archtop guitars that were actually made in New York, but they got bought out by Gibson.

As you can see, that company's influence played heavily into what Epiphones became. These are made in Bozeman, Montana. They are made from all solid wood. They’ve got a Sitka spruce top, mahogany back and sides. I think the coolest thing is that these are a long scale, sloped shoulder, mahogany dreadnought. Which isn't always easy to come by.

Why is it important to have a longer scale J-45 model? The shorter scale of the J-45 gives it a mellow, really cool like thudiness to it. And just by in a kind of like a rubber band when you increase that distance. You're going to get more volume, more sustain. Definitely a louder kind of more powerful guitar, and not for better or for worse. But it's certainly different, sort of like the difference between an OM and a OOO.

The Texan has a VTC pickup by LR Baggs. It's an active under-saddle system with volume and tone control, standard quarter-inch output jack.

I (Josh) primarily play fingerstyle and it's worked out great for me. There's a lot of a lot more volume than I'm used to on just like a standard dreadnaught or, you know, regular J-45. So I really love that. I really love the neck shape and how that feels in my hand. Anything out of Montana is going to have a hand-rolled neck.

It's definitely got some meat to it. You know, it's I think it's great. I don't think it's like a baseball bat or anything. It's a good size.

It's just a super-versatile guitar. It does everything really, really well.

I'm really excited that this is a really appropriate homage to what the guitar originally was, and that was a handmade instrument from the United States of all solid wood.