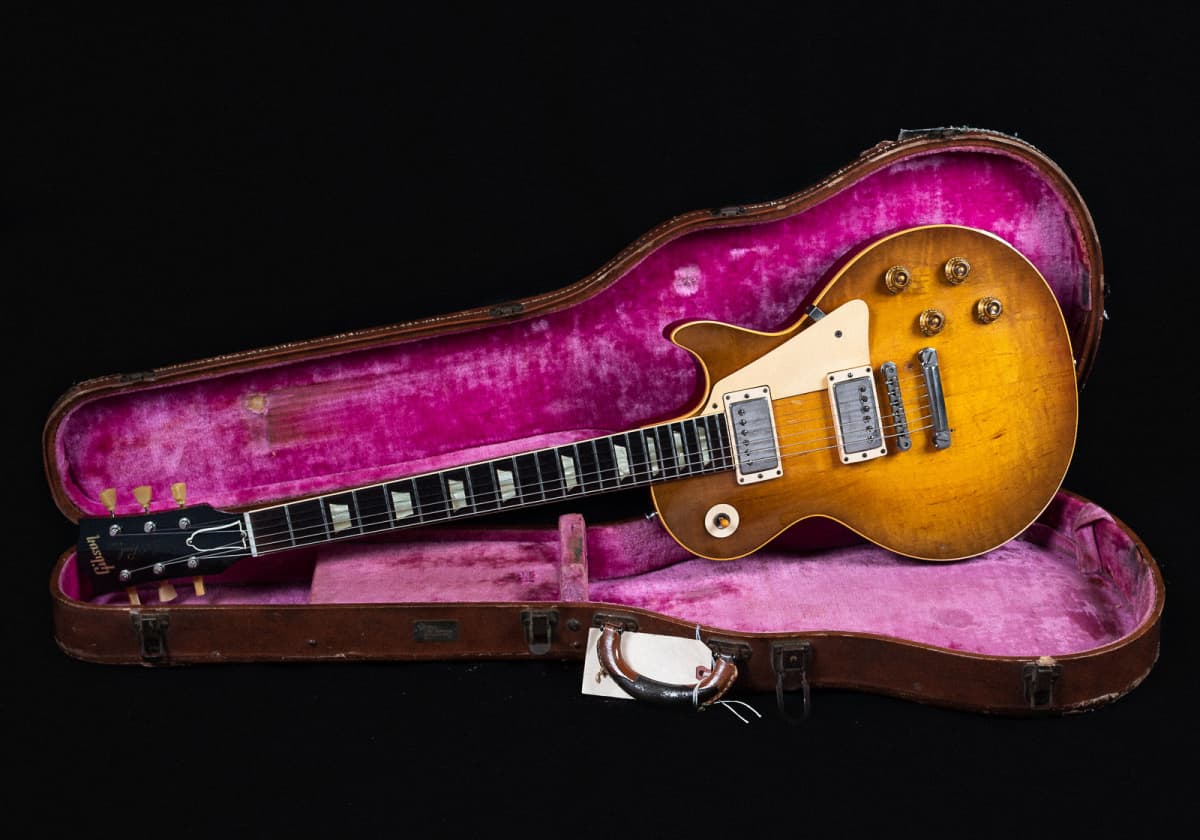 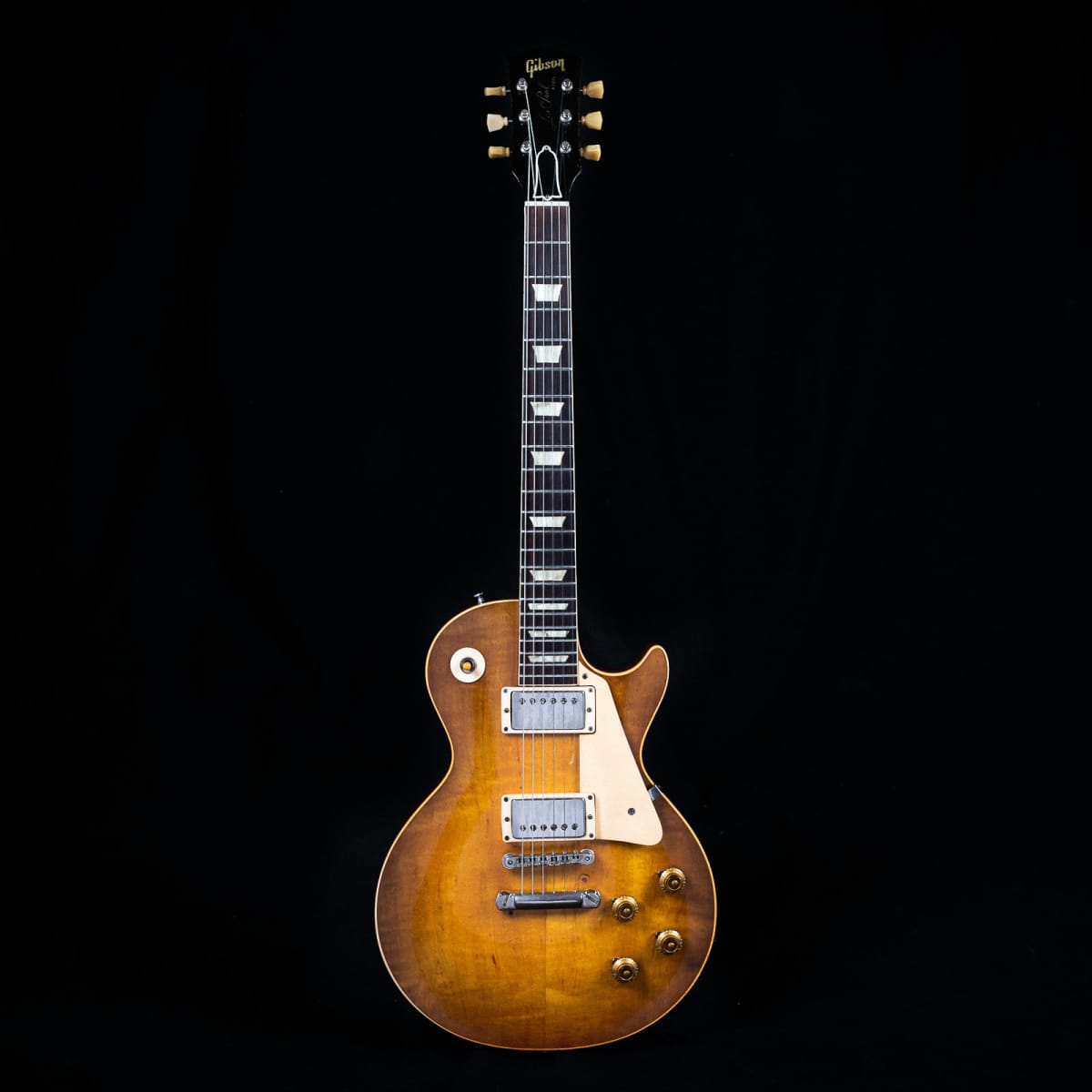 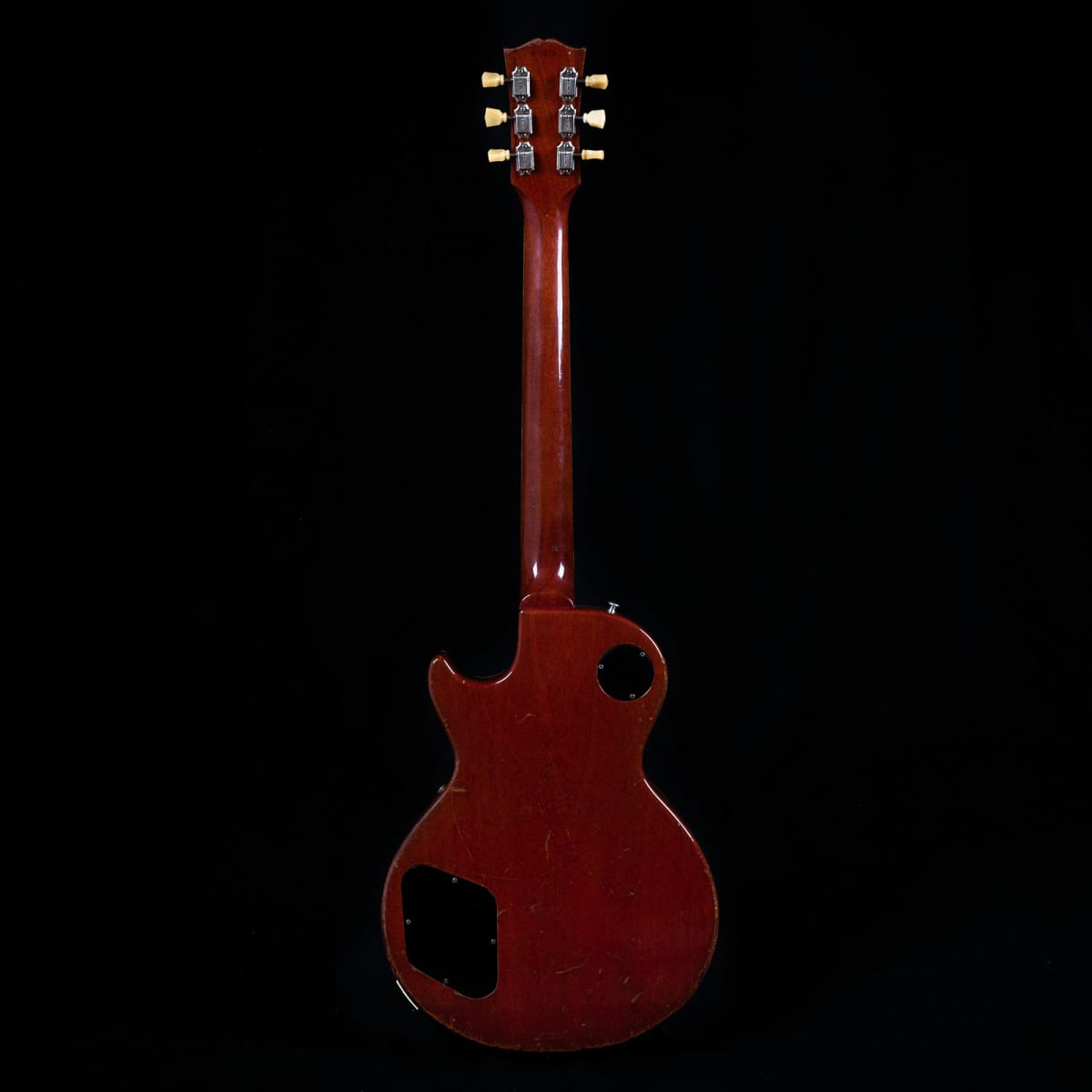 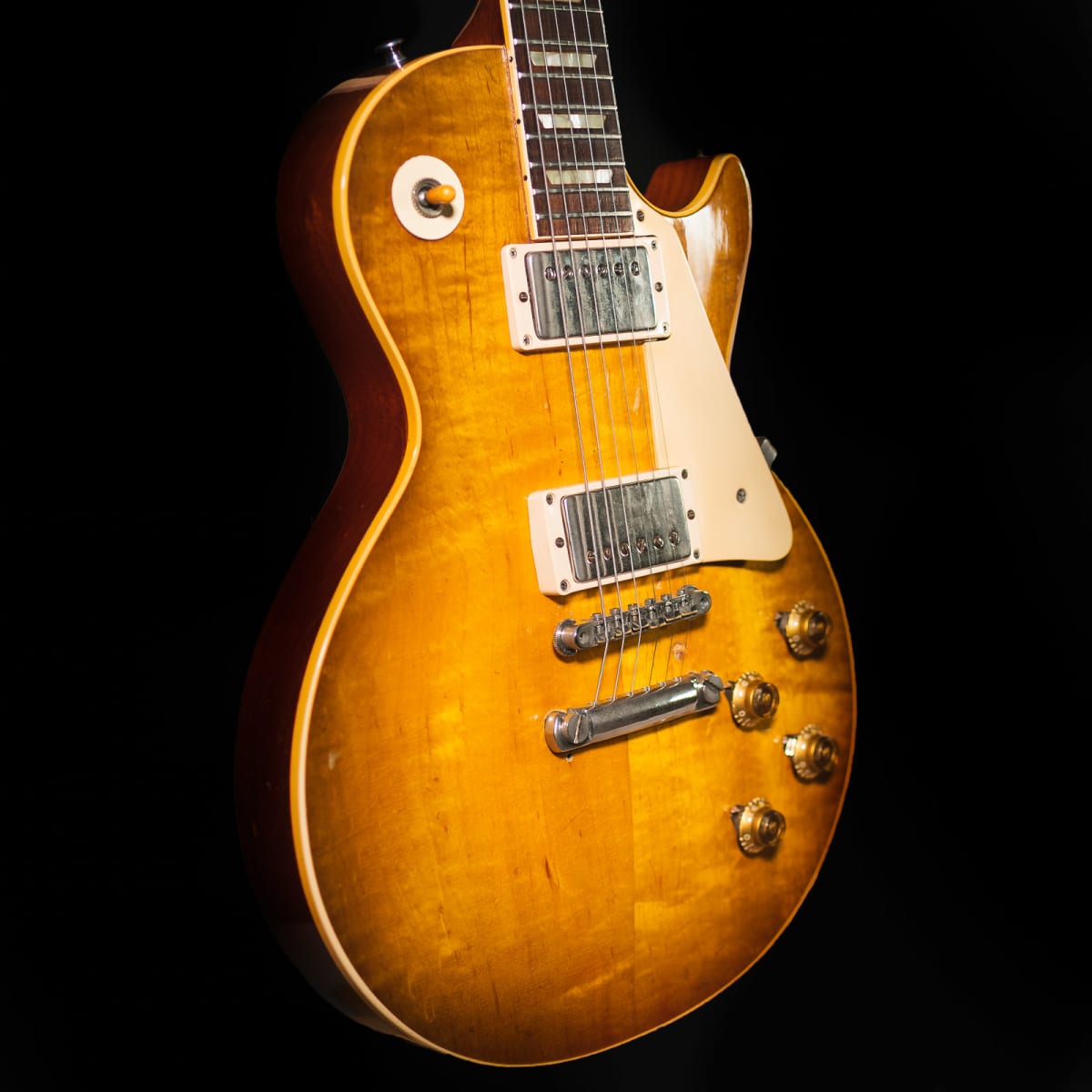 
Right now, at this very moment, we have three authentic Bursts. We thought we'd take the time to tell you about them, and just what makes these beautiful guitars so important.


The Details
Summary Finish: Original
Top Material: Maple Top
Body Material: Mahogany Body
Body Details: One piece mahogany solid body with two piece maple cap.
Neck Material: Mahogany Neck
Fingerboard Material: Brazilian Rosewood
Neck Profile: Medium "C"
Neck Thickness (IN): 1st- .90" 12th- .98"
Fingerboard Radius: 12.00
Nut Width: 1-11/16"
Scale Length: 24-3/4"
Neck Details: One piece mahogany neck with bound Brazilian rosewood board and trapezoid inlays.
Electronics: Original PAF pickups and original wiring harness with 1959 pot codes and bumblebee capacitors. The neck pickup has a double black bobbin and the bridge pickup has a double white. Because the guitar was built with a Bigsby, the ground wire from the treble side tail piece stud was never soldered in place. It was simply wrapped around the leads inside the control cavity and remains that way today.
Pickup Measurements: neck 7.8k ohms bridge 8.0k ohms
Hardware: The guitar came from the factory originally with a Bigsby. It would have had pearloid dots over the tail piece studs. The original Bigsby is missing and era correct tail piece studs and stop tail have been installed. The rest of the hardware is original.
Weight: 9 lbs 5.4 oz
Modifications / Repairs: -The factory original Bigsby has been removed. Era correct studs and stop tail piece have been installed. -There are several filled holes around the rear strap button from the original Bigsby mounting screws. There are three open holes in the same area from a later Bigsby that was installed (see pictures). -One of the two snake bite Bigsby holes on the top has been dowelled and redrilled. The are two very small black finish touchups on the face of the headstock. One near the truss rod cover on the bass side, and the other at the treble side corner of the tip of the headstock.
Case Details: Original hard shell case.
Cosmetic Condition: The guitar has wear commensurate with its age. The hardware is nicely tarnished. The finish is glossy with light checking and light scuffs and scratches throughout. -The face of the headstock has light checking. There is light wear around the edges of the overlay. -The back of the headstock has minimal checking and several light dents. There is wear around the edges, particularly at the tip, above the serial number. The serial number is lightly faded, but fully legible. -The back of the neck is glossy with light checking and scuffs along its length. There are several small dents in the neck above the heel and opposite the 12th fret (probably from the case or a guitar stand). -The back of the body is glossy with moderate buckle rash and wear around the edges. -The top of the body is glossy with light scuffs and scratches throughout. There are two holes drilled in the top from the Bigsby.
Tech Notes: -The guitar plays well with low action. The original frets are wide with medium height and light play wear. -The serial number dates to 1959.