Our buyers search for gold in the Golden State.

Ahh. Costa Mesa, California, home of the Orange County Fair, El Pollo Loco, the Los Angeles Chargers’ practice facility, and Amigos SoCal. When our intrepid vintage buyers heard they could spend a weekend off the frigid Chicago tundra, they burned their parkas and jumped at the chance to binge on arroz con pollo and bask in the California sun. But Chicago wouldn’t let them go that easily.

All the plane had to do was takeoff, lift just a bit, glide smoothly into the air, and climb to a comfortable cruising altitude of 30,000 feet, and they could leave their long underwear behind. 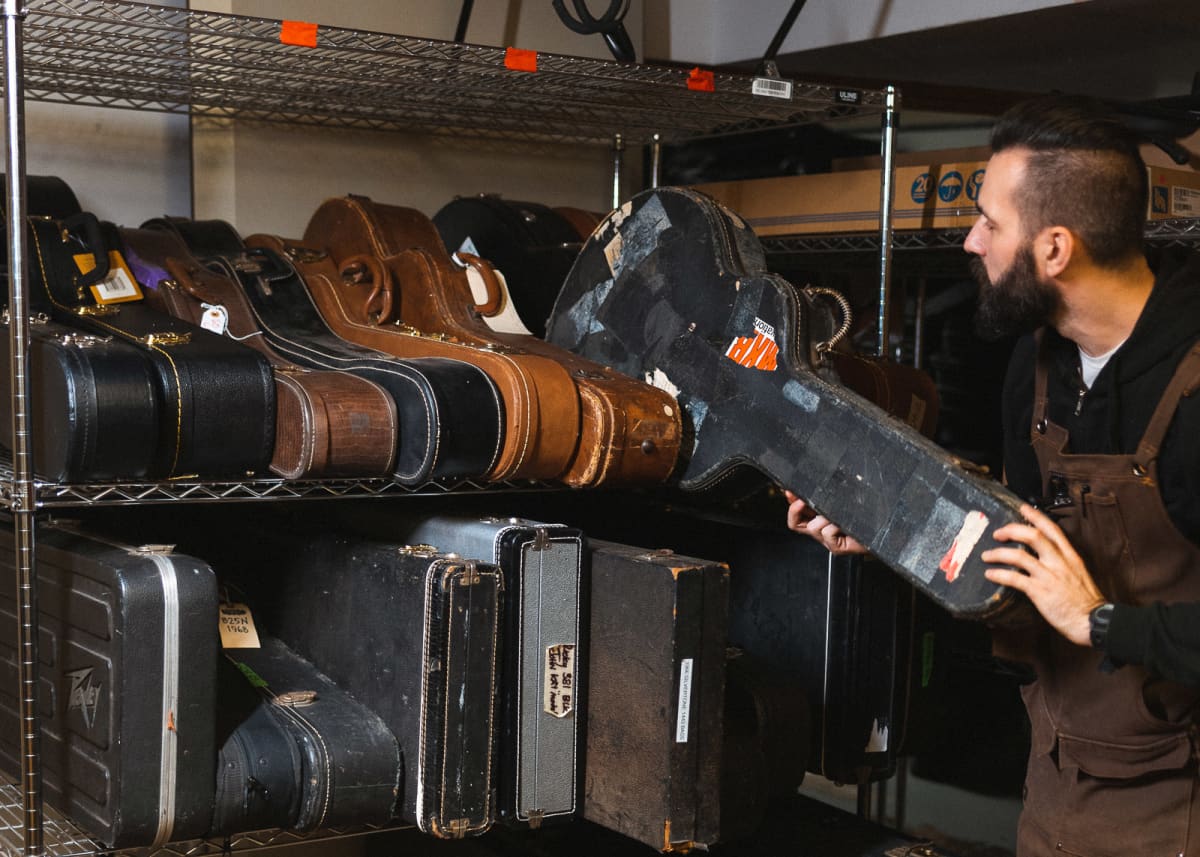 No, no. Instead, our bored, sun-starved buyers sat marooned on the tarmac, watching gasoline spill out of the overfilled tank and waiting for ground crews to contain the caustic combustible. Some two hours later, it was finally wheels up, peanuts and Pepsi and Law & Order reruns all the way to the land of good and plenty.

After picking up their cherry red Toyota Corolla at John Wayne Airport, by far the best airport named after a Western icon that they’ve ever been to, they were off to the hotel, just steps from the Balboa Pier in Newport Beach and a 15-minute drive from the OC Fair & Event Center, where vendors were setting up for Amigos SoCal.

The next morning, The Hangar at the OC was buzzing. As they collected over 25 vintage visions, they started to notice a trend. Black, black, everything black! 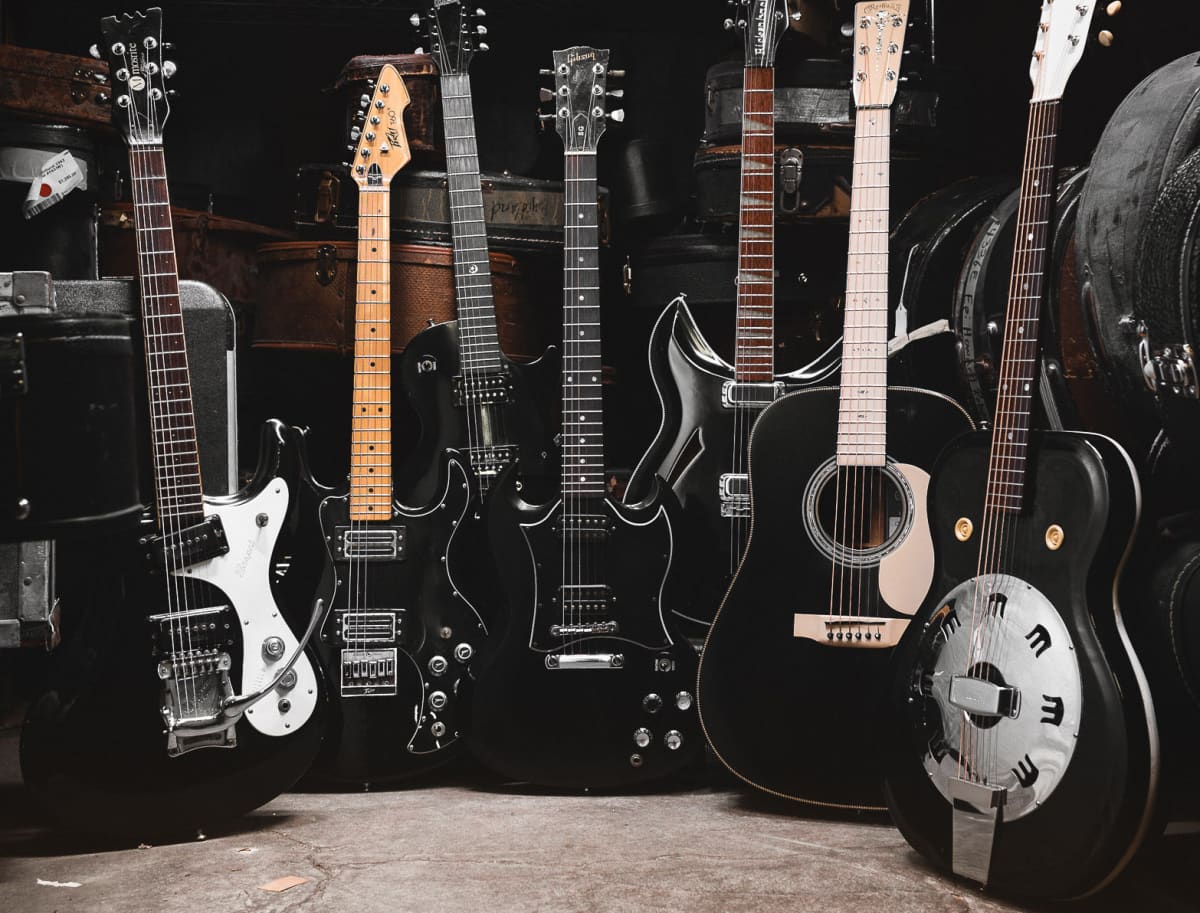 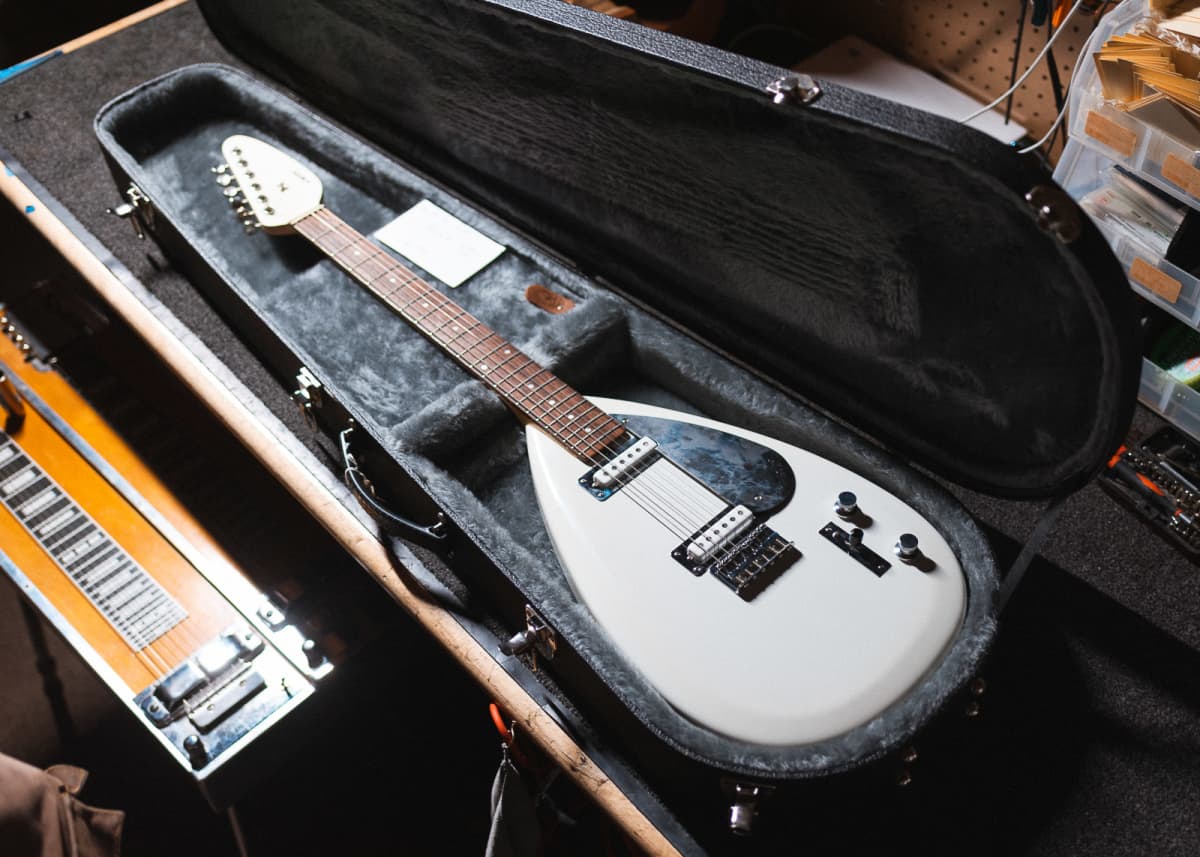 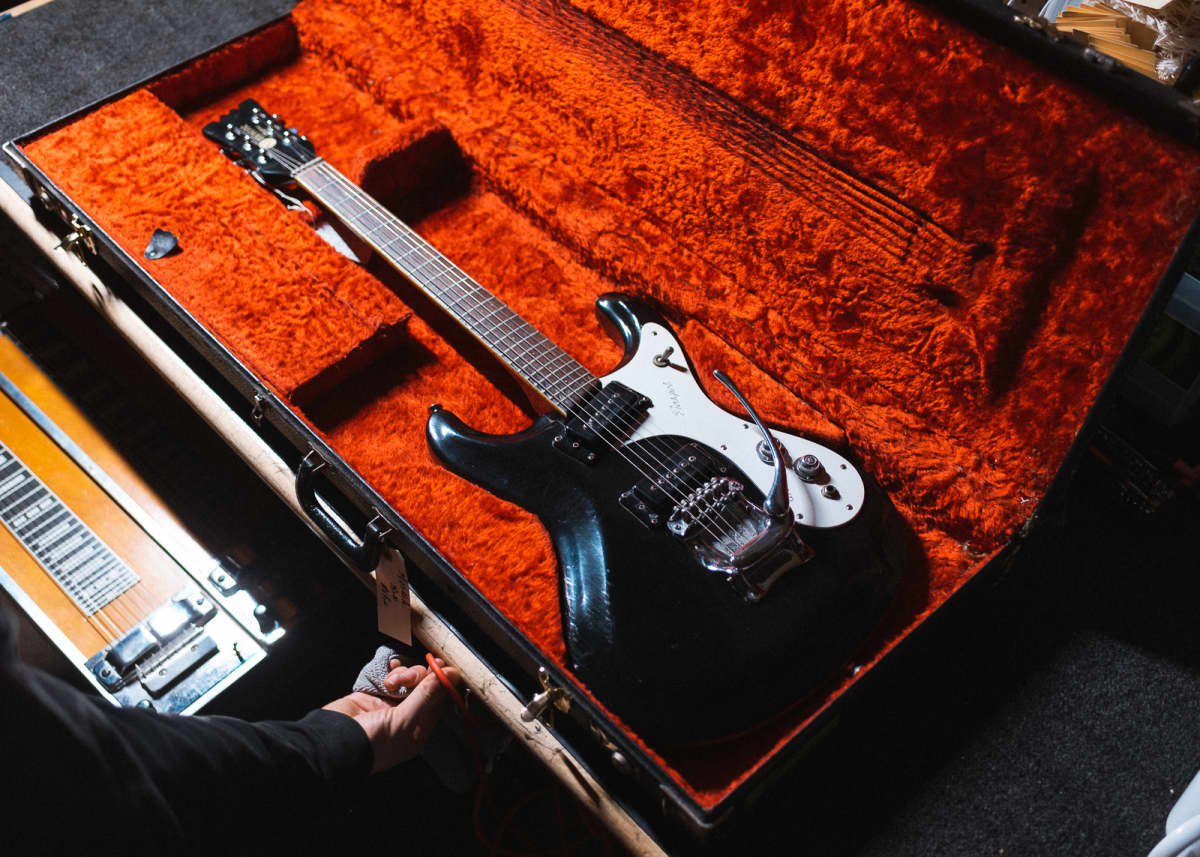 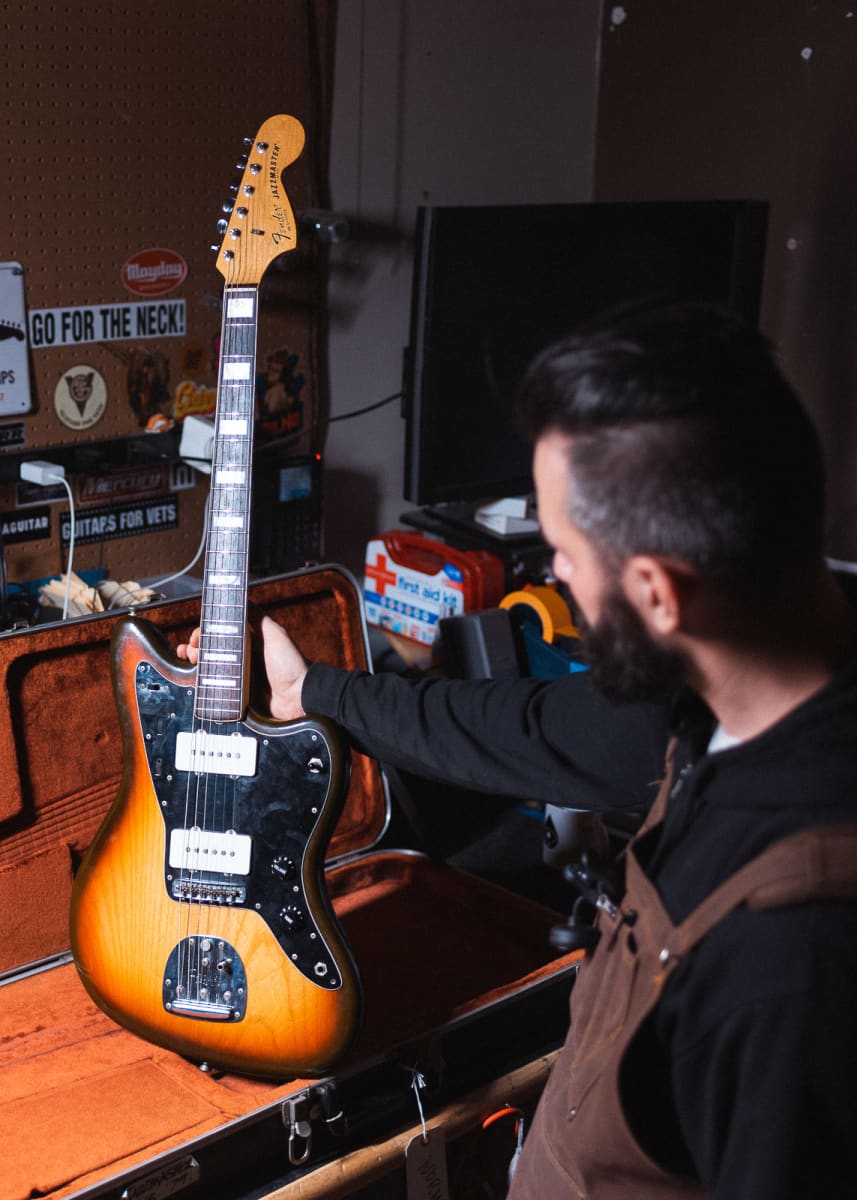 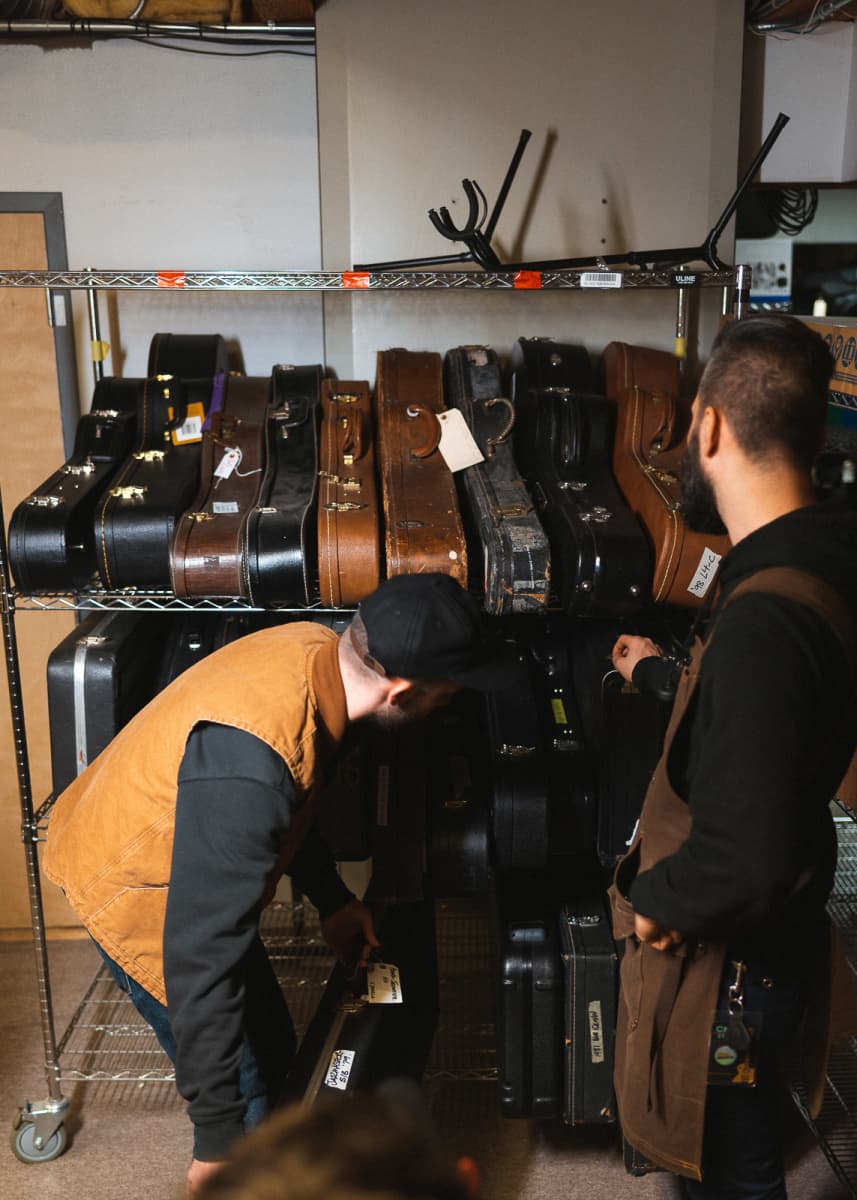 A queue of cases! 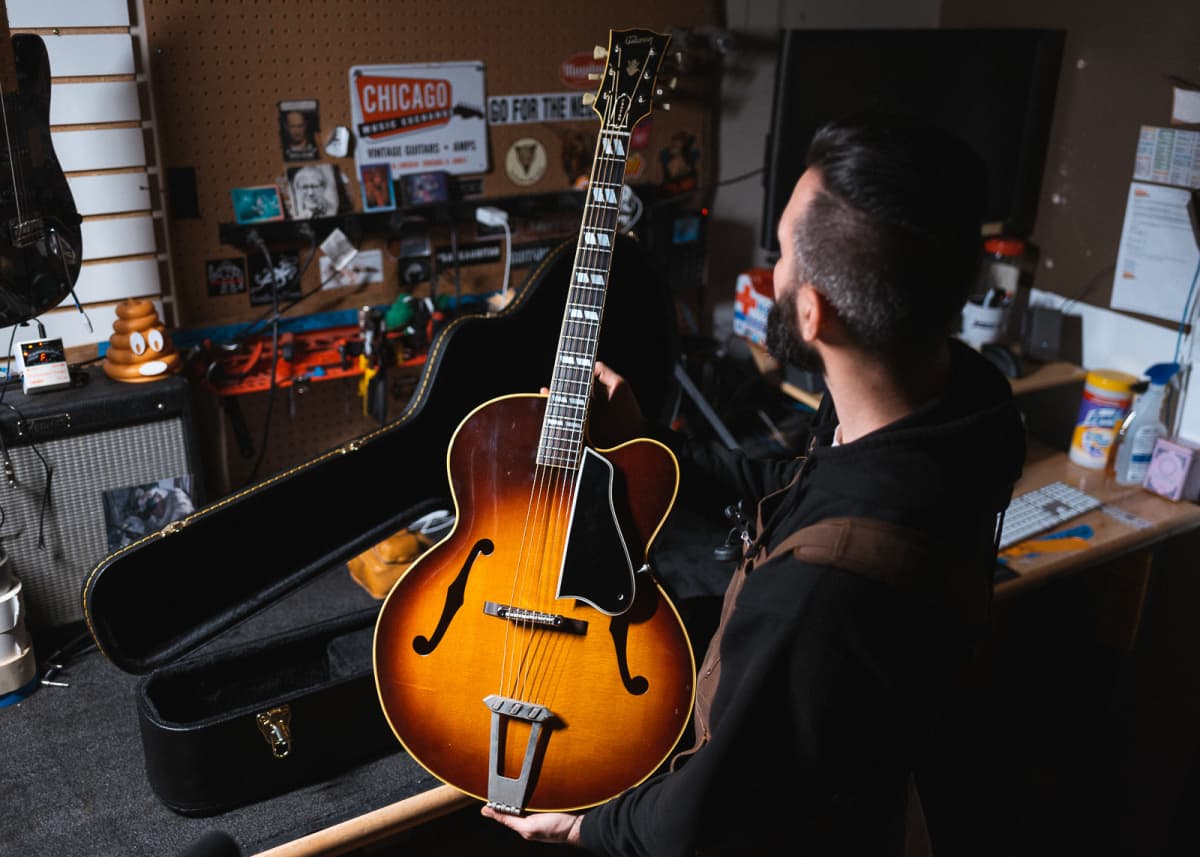 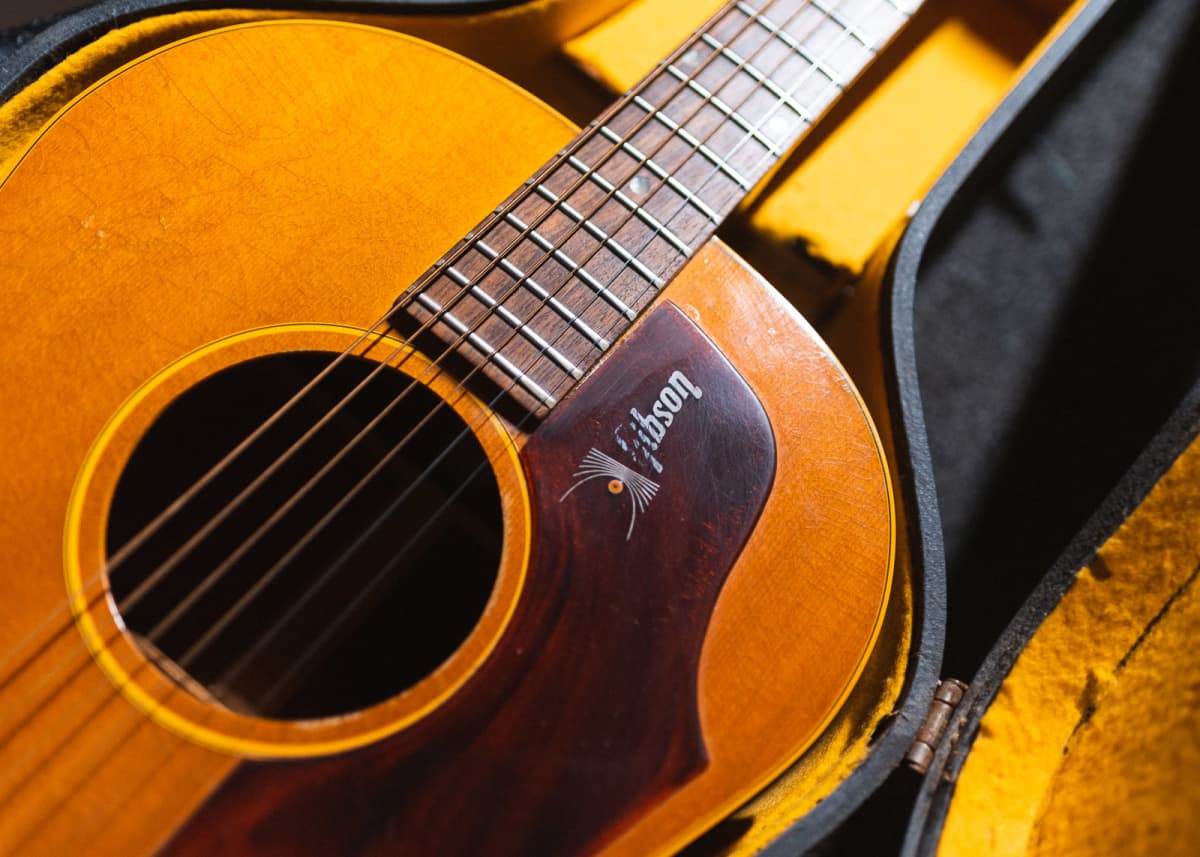 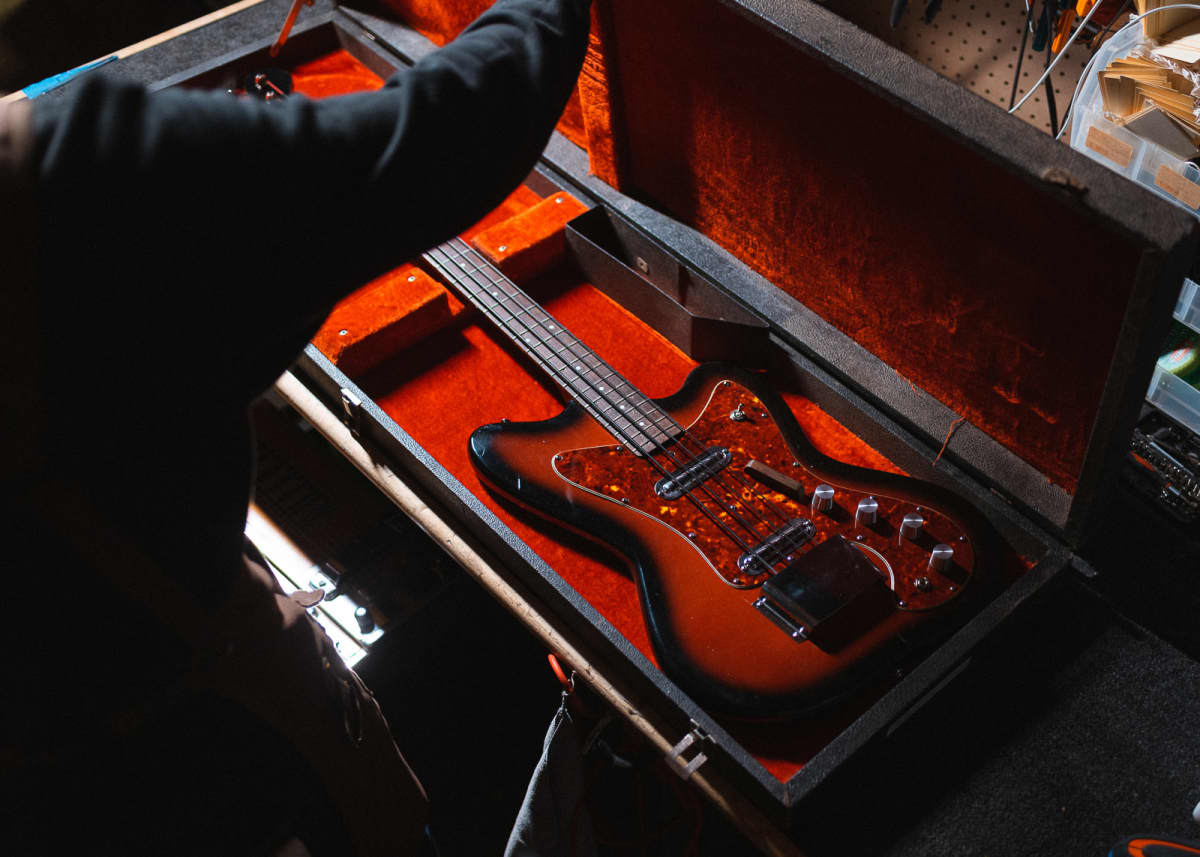 It’s like our buyers were being called into the void. But, they thought, this is California. Why so much darkness? This is a place of progress, a place of discovery. It’s the Western Frontier, where the brave blazed new paths and chased the sun to the edge of a new America. Where’s that guitar? Where’s the guitar that could embody this kind of pioneer spirit? 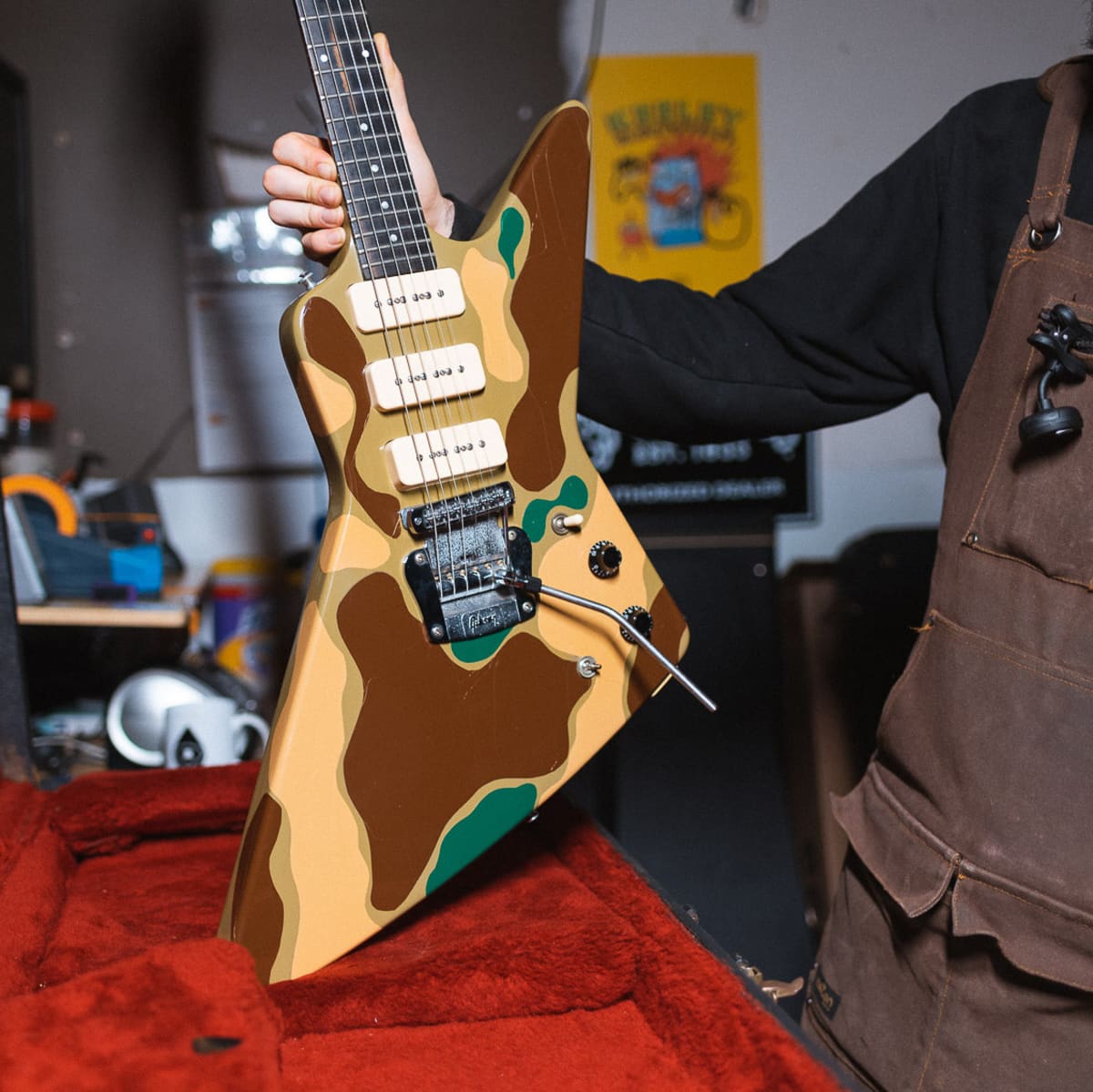 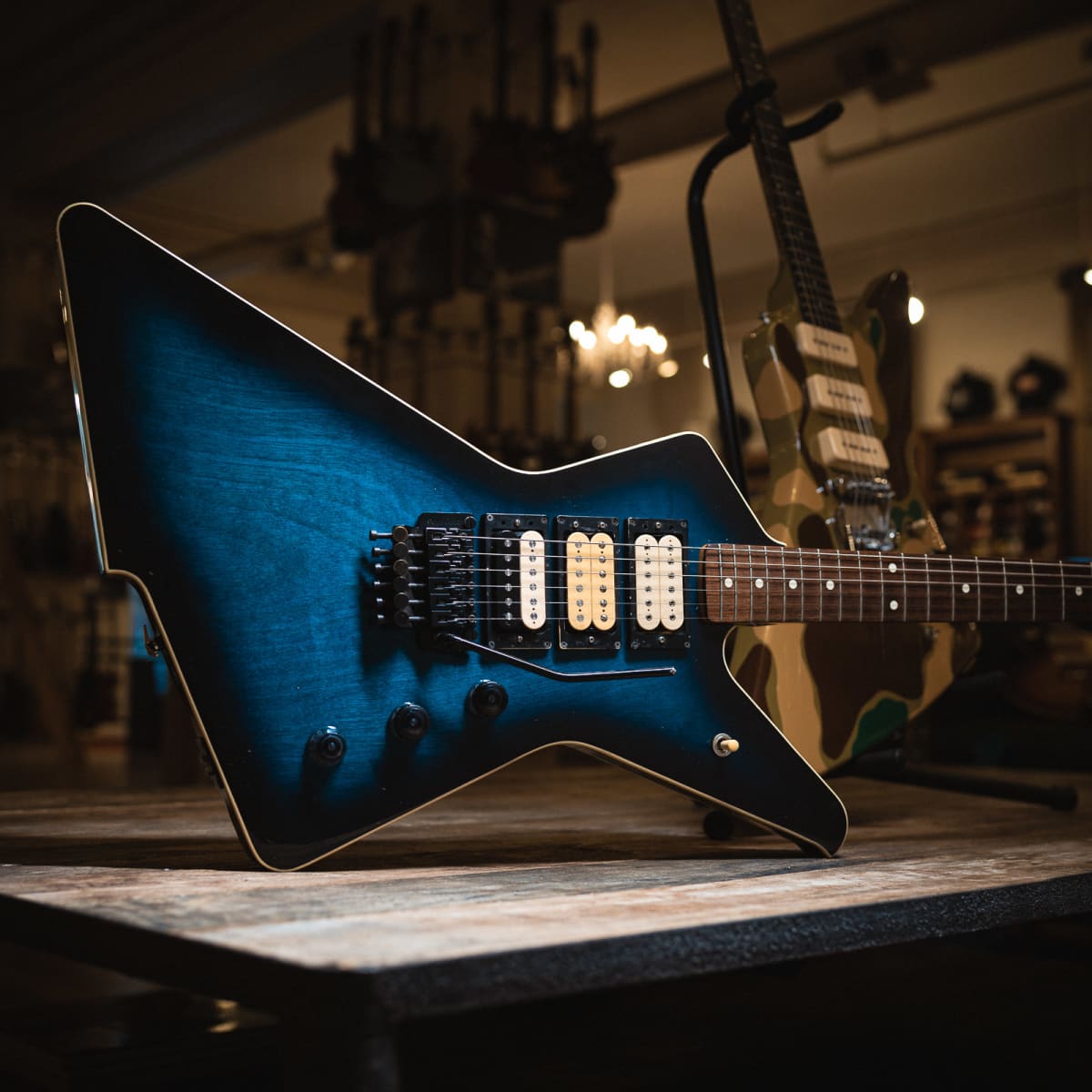 As is the essence of modern-day California, wild, rad vibes were everywhere they looked. Like in this Blue Burst Ibanez Destroyer. 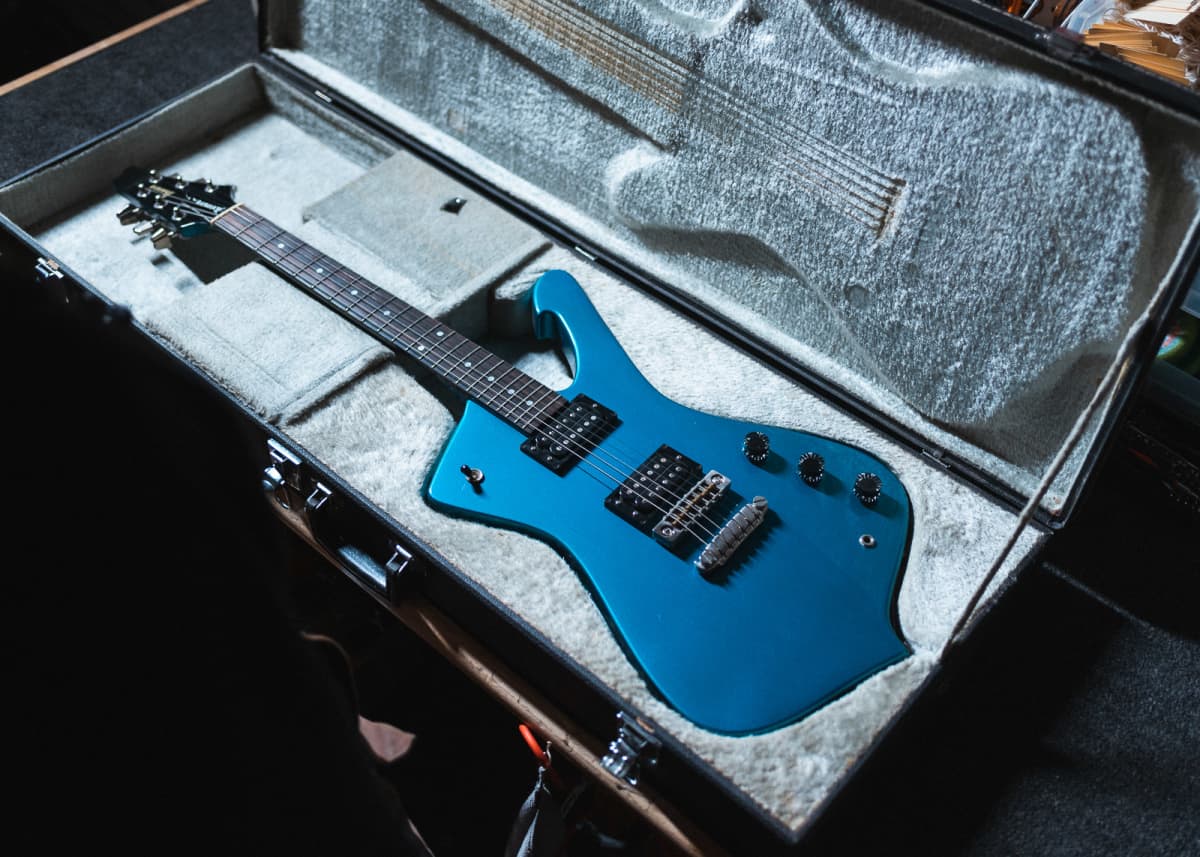 An incredible Ibanez Iceman in a rare custom blue.

Unlike the trip out, the trip back home was perfectly placid, all trouble frozen in time like the ice in our buyer’s Bloody Marias, or the pipes in their basement. Another successful score, and another grounded stretch in the Windy City before the sunshine and surf of SoCal comes calling again.