In "EXPLORE," Chicago Music Exchange puts their exclusive Fender MIJ lefties into the hands of one of their favorite left-handed guitar players, Mdou Moctar (see his full CME Session here!).

Moctar is a Tuareg-style guitarist from Niger. He built his first 4-string guitar with bicycle brake cables and a 2x4. As a child, Mdou would stay up late, serving tea to the older guitar players, waiting for his chance to play. But there was one problem: Mdou is left-handed. As far as he knew, he was the only left-handed guitar player in the world. Eventually, he acquired a left-handed Stratocaster, and he's never played any other model of electric guitar–until now. This footage captures the first time Mdou has ever played a Jazzmaster, a Jaguar, or a Mustang. Explore the universe of tonal possibilities like it's your very first time, with Mdou Moctar and Chicago Music Exchange's exclusive Fender MIJ left-handed offsets.

This series offers southpaws the chance to experience the tonal possibilities of the famous Fender offsets with models that are readily available and affordable, no longer restricting them to vintage rarities or more common production models like the Stratocaster and Telecaster.

Traditional is the word with the Fender MIJ Traditional 60s Lefty Jazzmaster. Fender outfits this period-inspired reproduction with a rosewood fretboard, vintage-style parts like the floating tremolo system, Alnico single-coil pickups,  and a 25.5”-scale neck for a Jazzmaster that looks, sounds, and feels true to the original, adding a brand new spin with California Blue, Flamingo Pink, Surf Green and Black finishes. 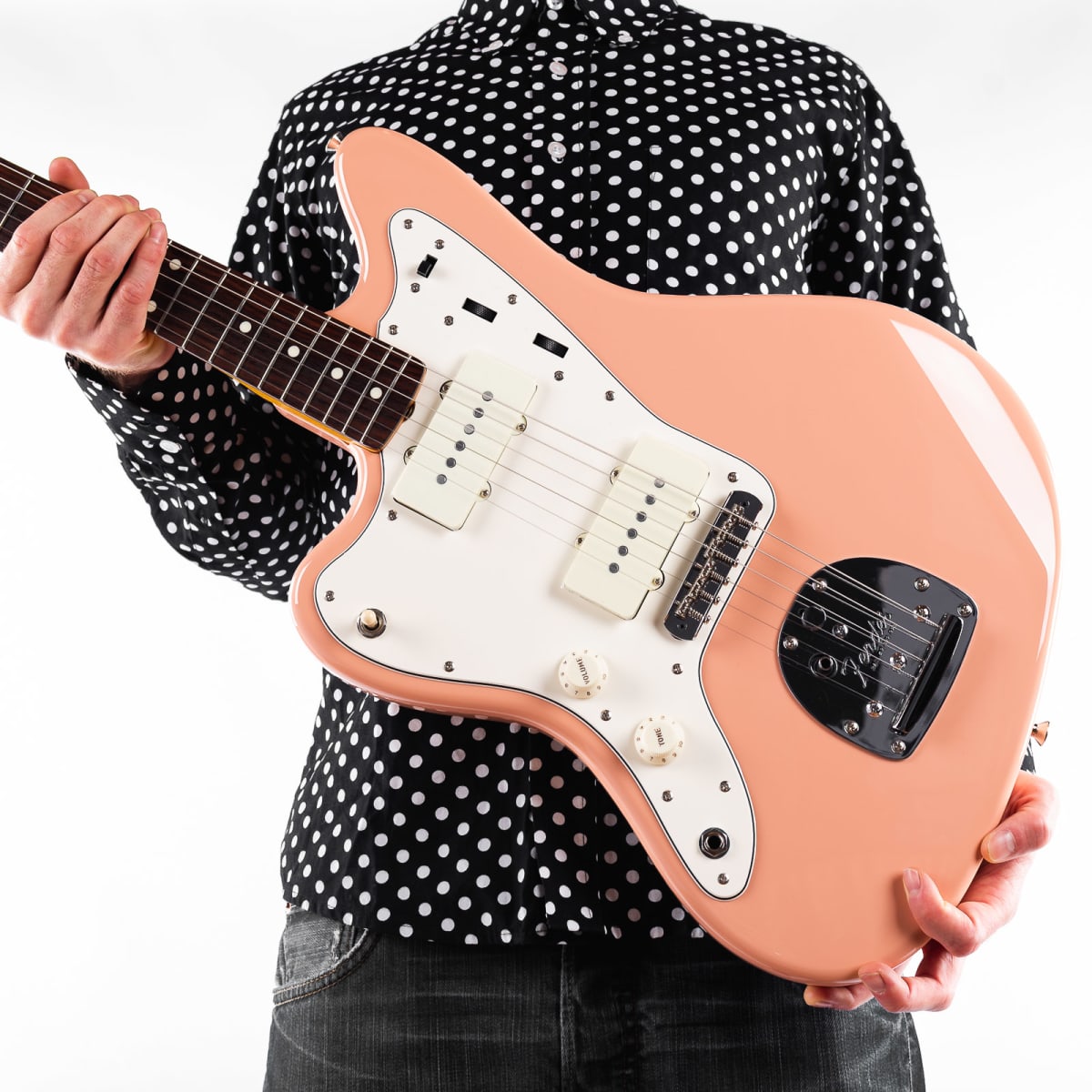 Modeled after the extra-hot ‘65 Mustangs, the Fender MIJ Traditional 60s Mustang Lefty is built to virtually the same specs, like the decal with patent number, aged button “F” tuners, period-correct plastics, grey fiber-bottom alnico magnet pole piece, and a vintage-style tremolo, all with enough wiggle room left to add a solid rosewood fingerboard. It’s slick. It’s small-scale. And it’s the spitting image of where it all started. 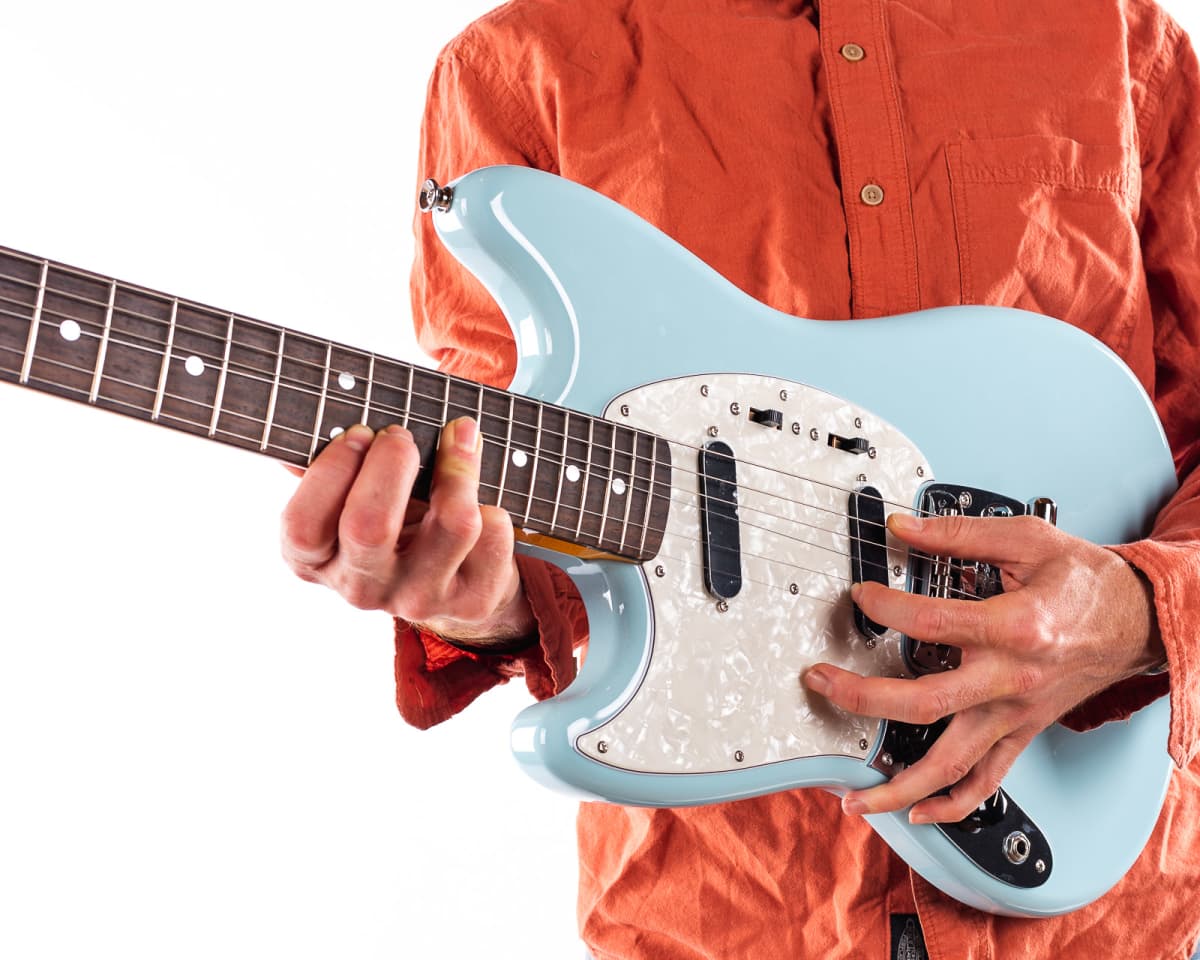 Fender includes all of the most popular Jaguar features in the MIJ Traditional 60s Lefty Jaguar, like the 22-fret short-scale neck, unique control set, floating tremolo system, and dual Alnico single-coils modeled after the original Jaguar pickups. They set the whole thing off with a beautiful, vintage-inspired Daphne Blue finish for that vintage closet case look. 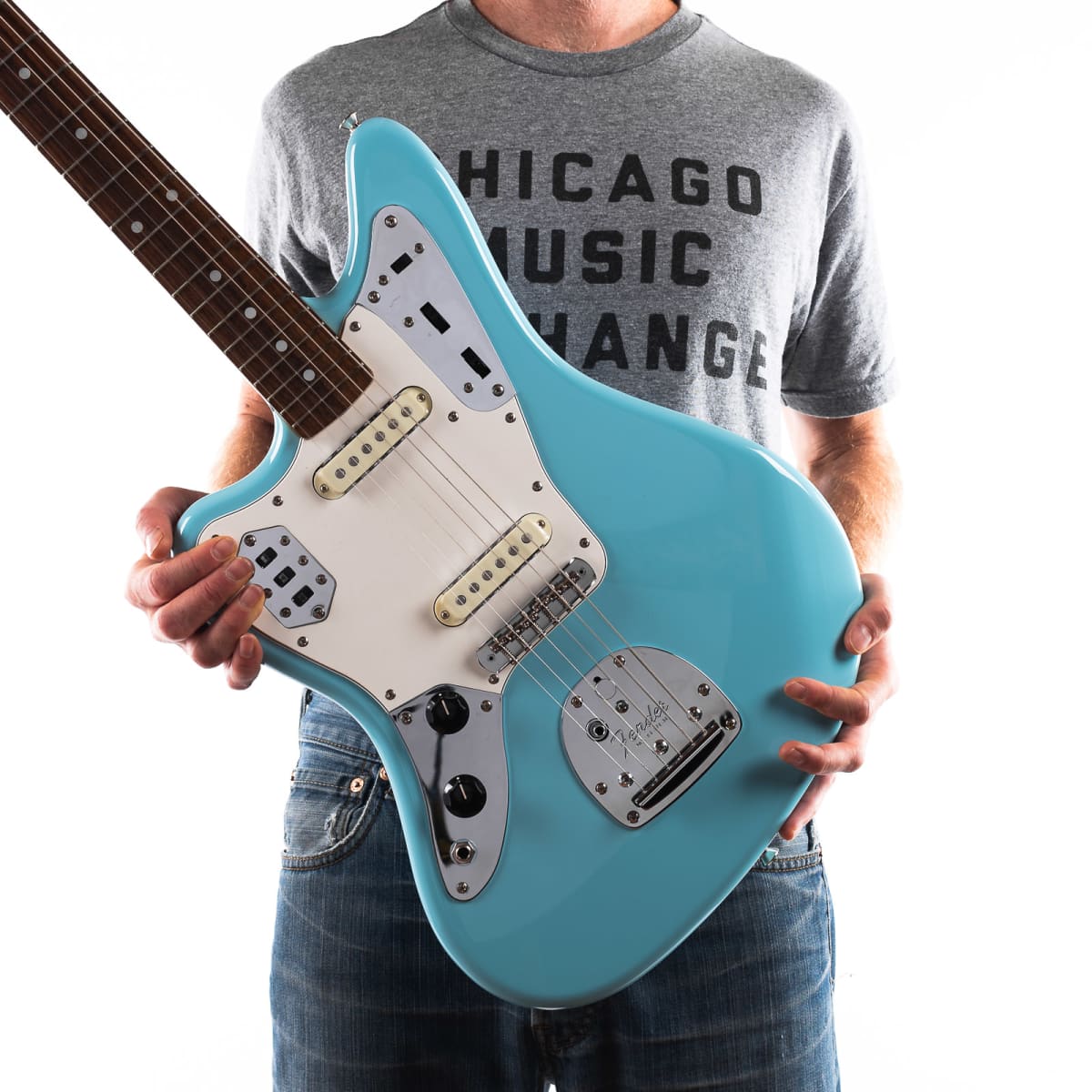 Modeled after the ‘62 Jazz Bass, the Fender MIJ Traditional 60s Jazz Bass is built using a high-quality basswood body designed to produce the same rich mids and defined low end as the original, while leaving enough room in the budget to add a premium rosewood fingerboard without pushing up the price. (This bass is LEFT-HANDED.)