Gibson based these guitars on the Original Collection 50s Les Paul Standards, but they added a few important updates and changes. These come with an upgraded, AAA-grade flame maple top and no pickguard (which really shows off that top wood), double-black Slashbucker pickups, and the Appetite Burst has zebra bobbin pickups. We've also got the Slash signature on the truss rod, but they’ve included a blank truss rod too, just in case you want to keep the guitars anonymous. It also comes with the Slash Scully logo on the back of a headstock. As a bonus, inside the cases are four signature Jim Dunlop Slash picks, as well as Slash’s signature Ernie Ball strings.

It's been a lot of fun playing these slash Signature models, and it's great to revisit some of the riffs I used to play all the time when I was in my bedroom in Manchester, learning to play great songs. A lot of us have wanted to be or pretended to be Slash at some point, and I'm on a Guns N’ Roses/Slash train at the moment, so this is the perfect thing for it. 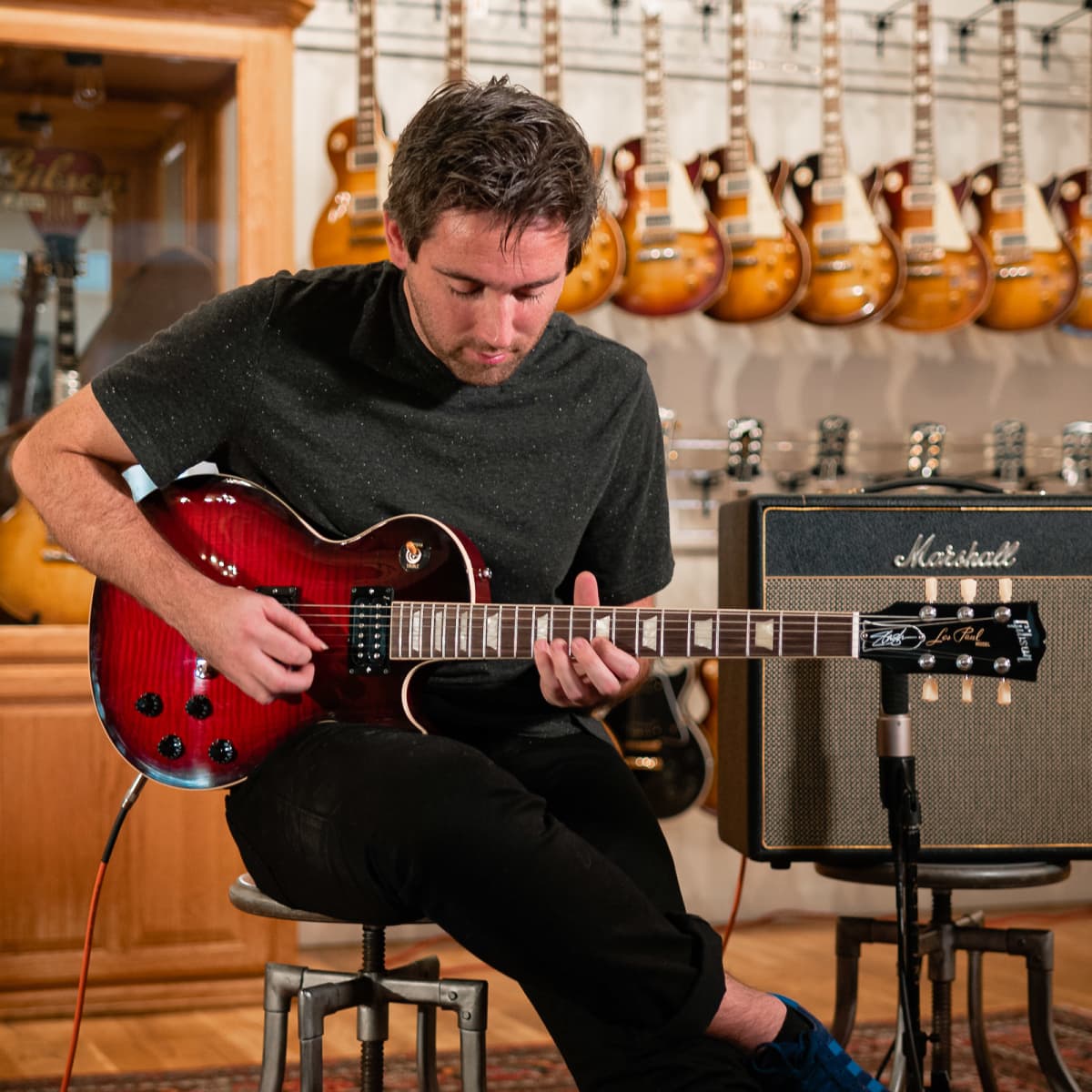 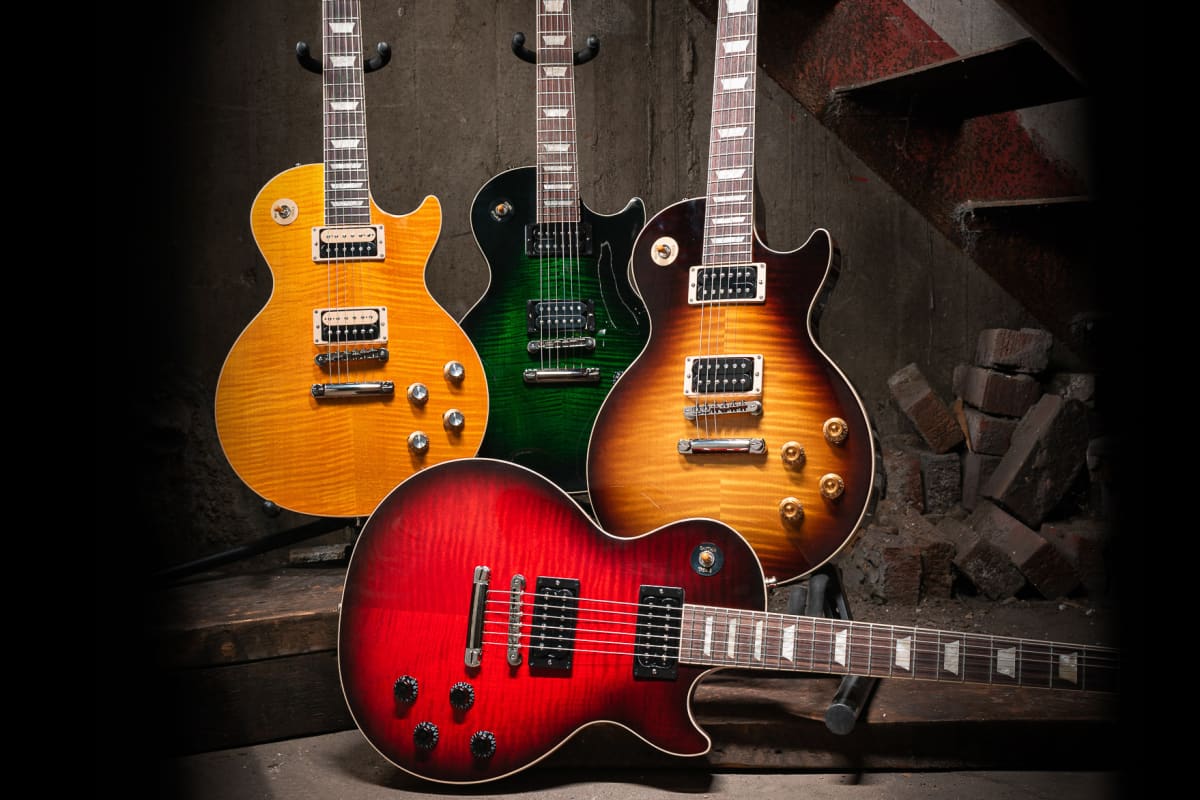 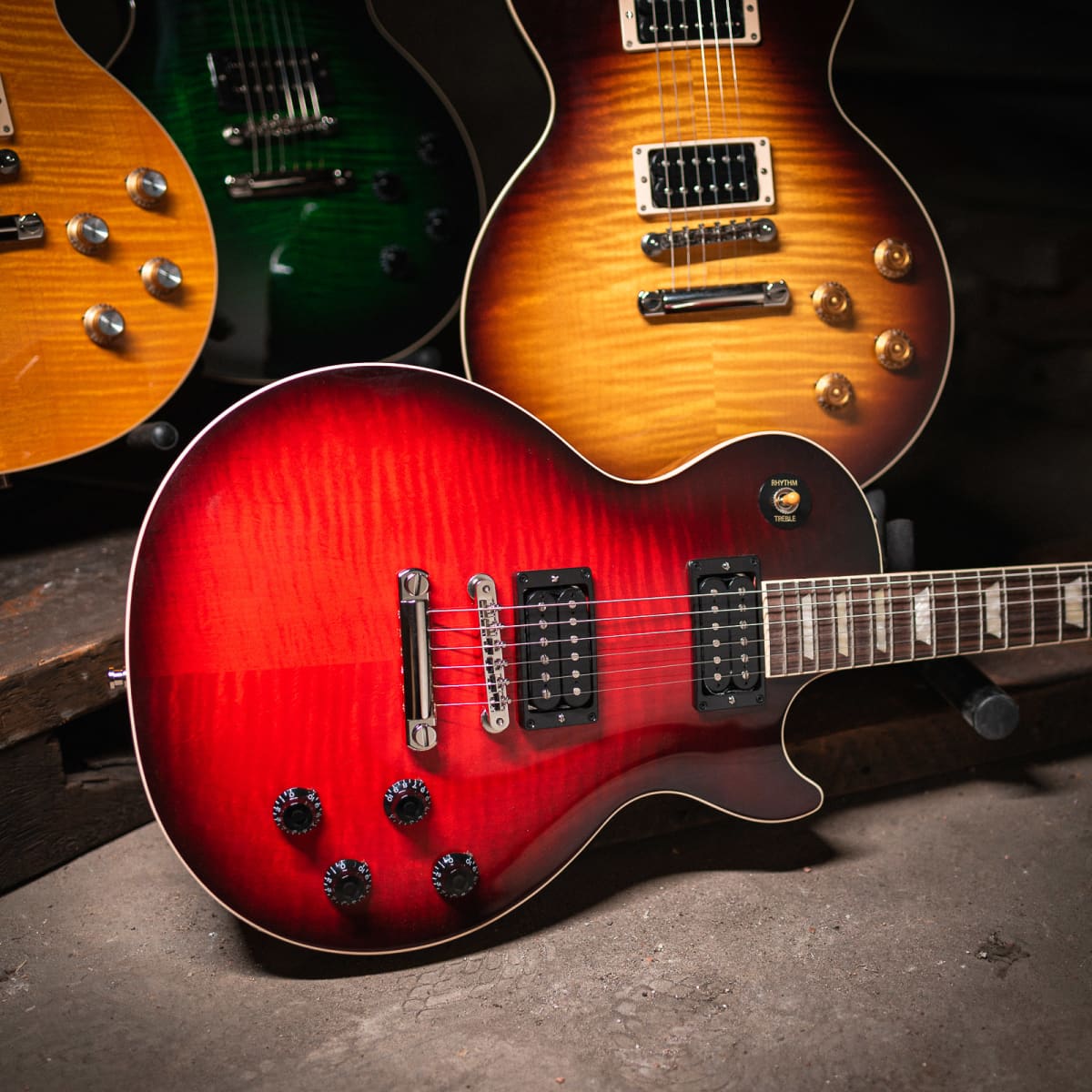 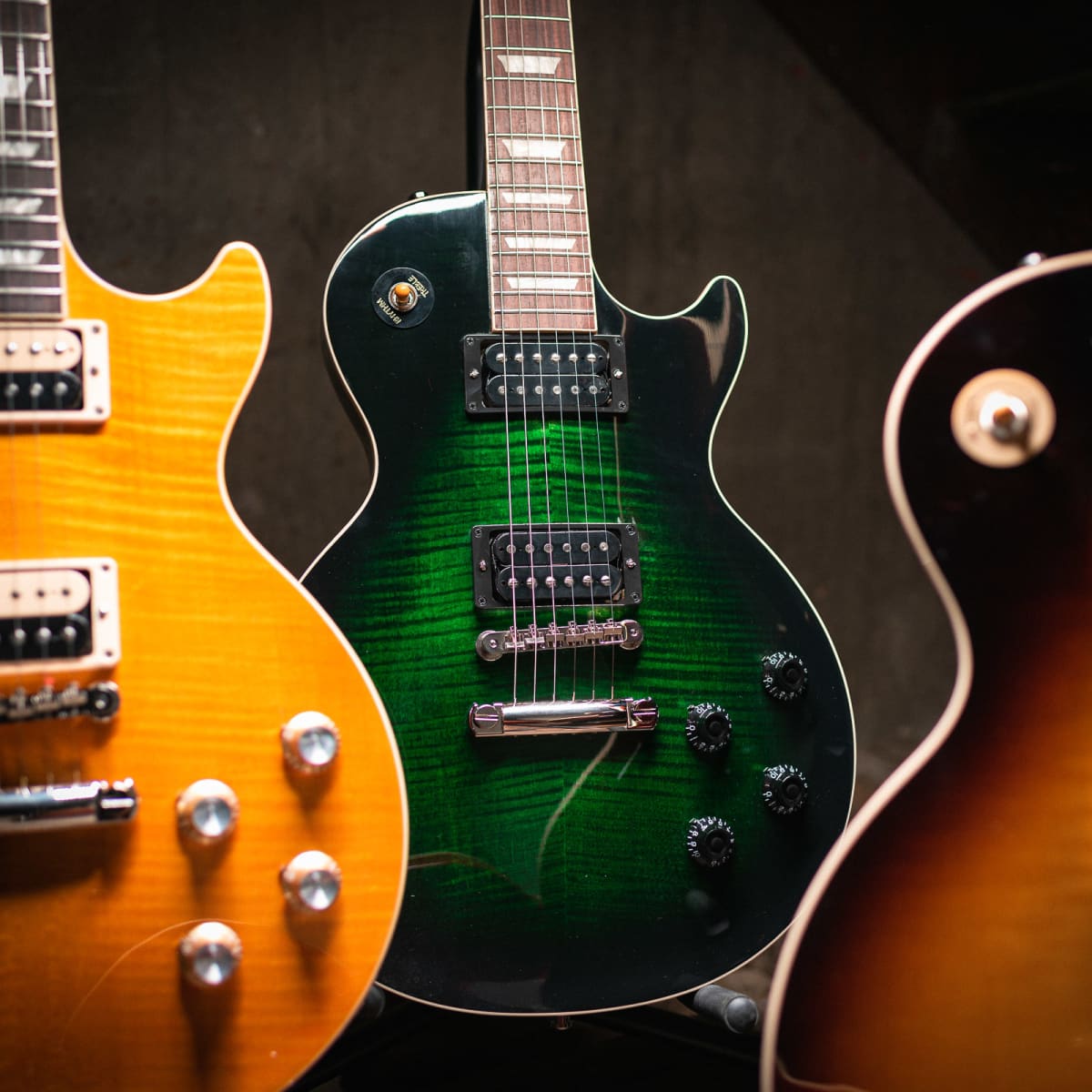 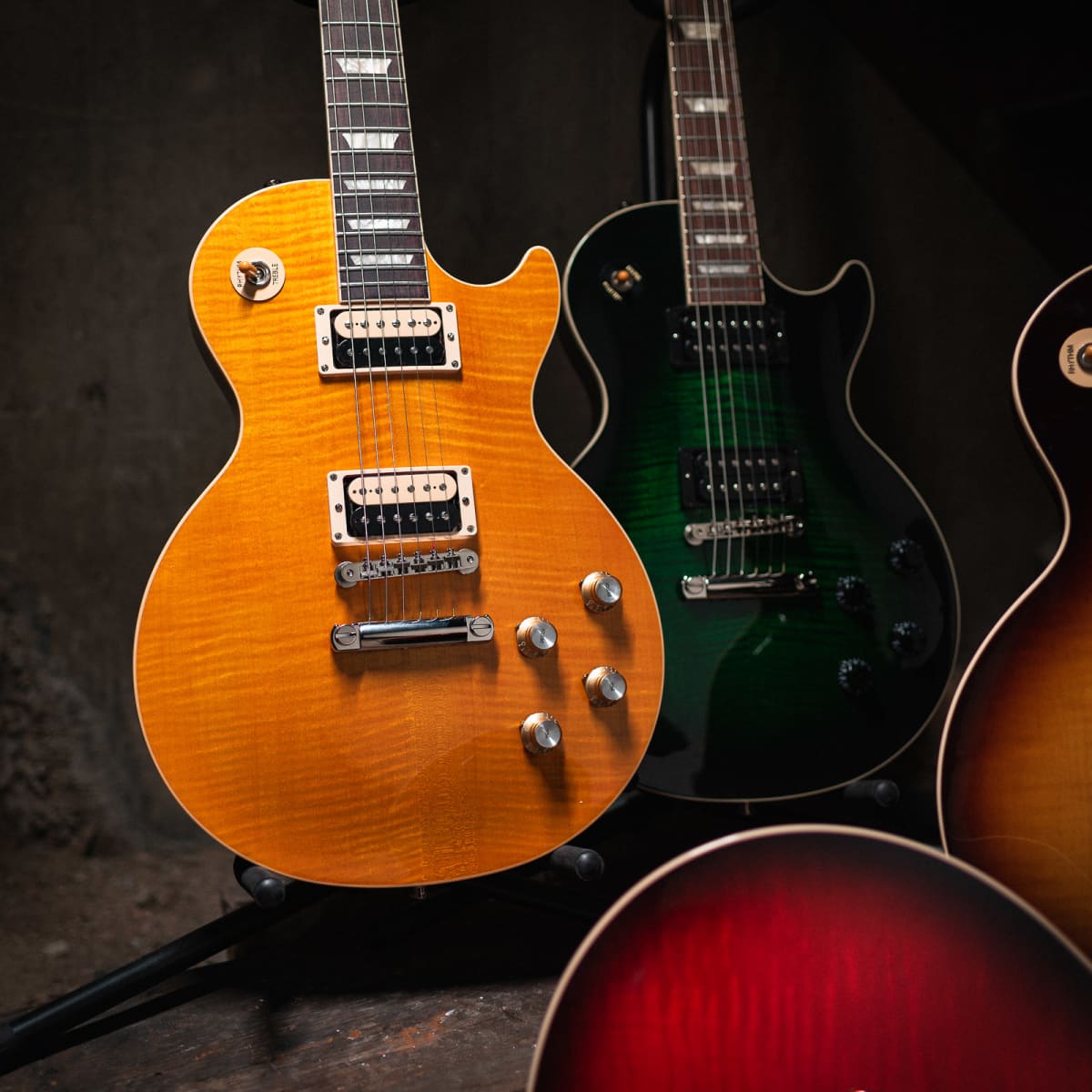 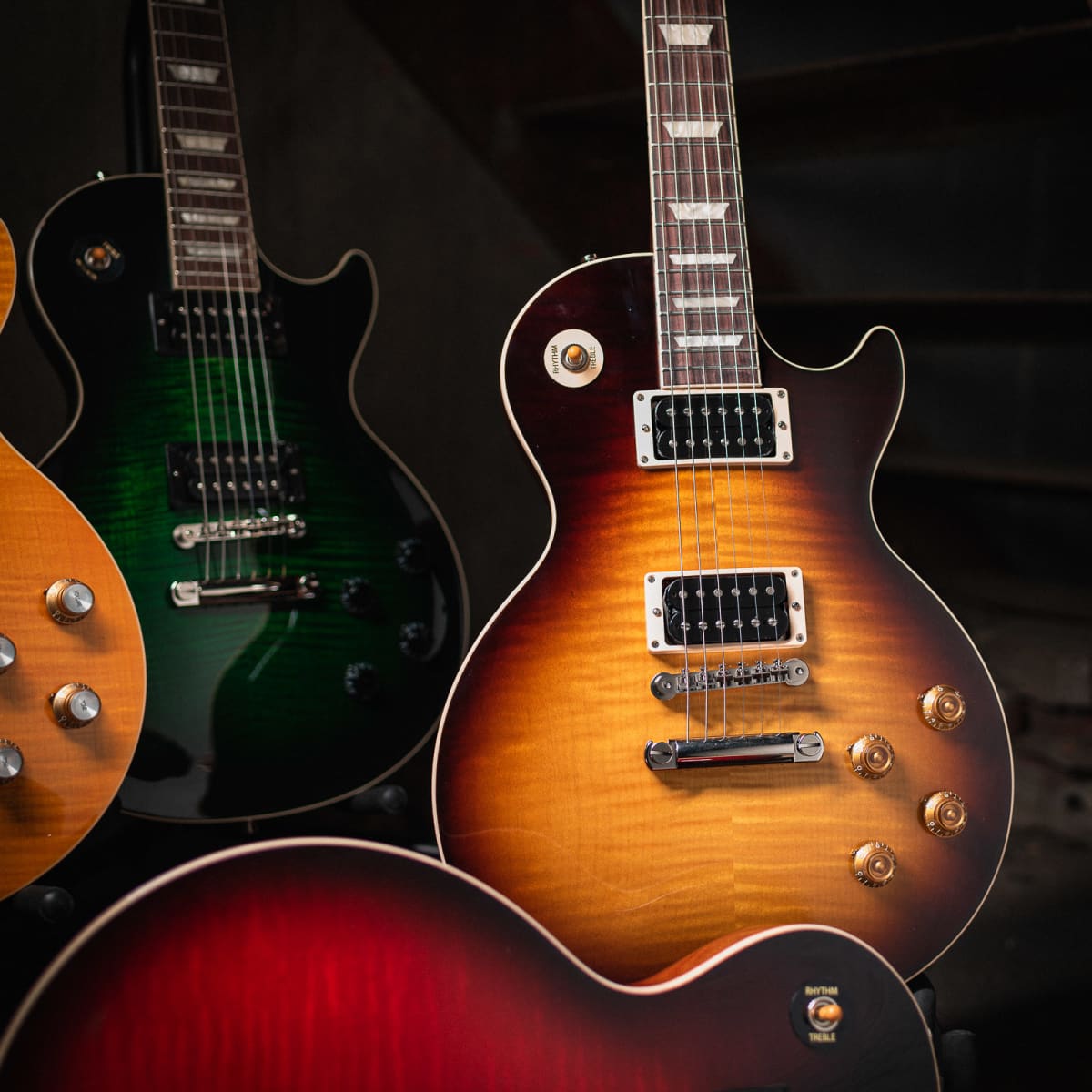